There’s no shortage of converted vans on the streets of London this summer; in fact, no urban square or thoroughfare seems complete without a restored Citroen Hy or 1940s Ford pickup peddling their wares: poke, gyoza—but bespoke British lighting designs? We were intrigued.

Factorylux, the UK’s largest supplier of  interchangeable modular lighting components, may be located in a converted trouser factory in Hebden Bridge, West Yorkshire, but this summer they’re bringing their offerings out of the factory and on the road.

“We’ve always been nippy,” says Stanley Wilson, who started Factorylux as an industrial lighting salvage company 10 years ago from a flat in east London before moving to back to his home county. The Factorylux van gives customers the chance to see the variety of finishes and colors available, and seek advice on lighting designs. “Bring everything or nothing with you,” he says. “Some people have turned up with professional plans, some have turned up with an old enamel shade they’ve found at a flea market. We’re not about spend. We’re about you deciding that you like what we offer, exercising your own taste on a design, and becoming our friends for life.” 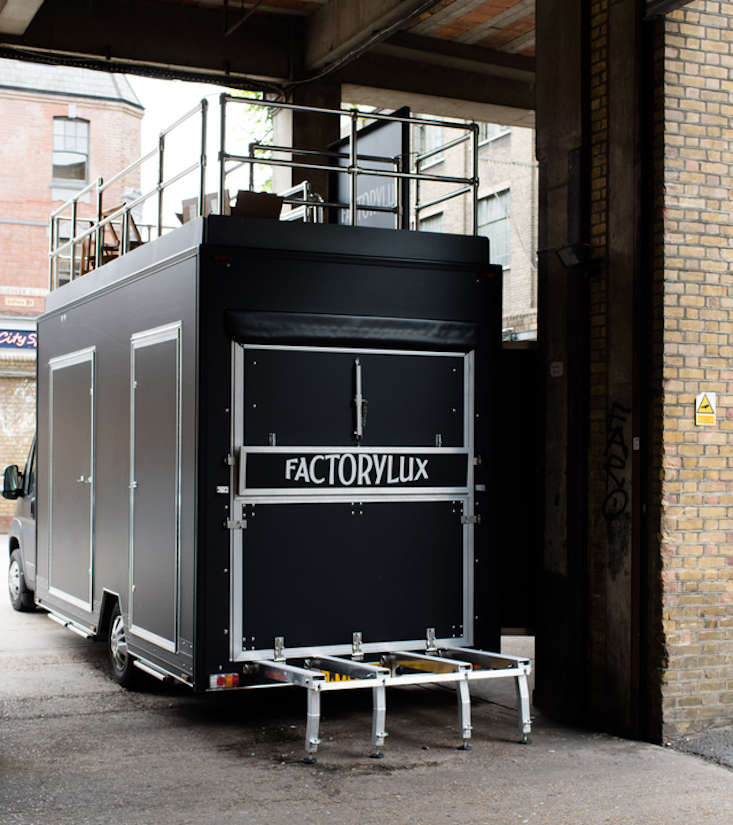 Above: As of Saturday, July 23, the Factorylux van will be parked up at the Old Truman Brewery, Brick Lane; one-on-one appointments are available to book online. 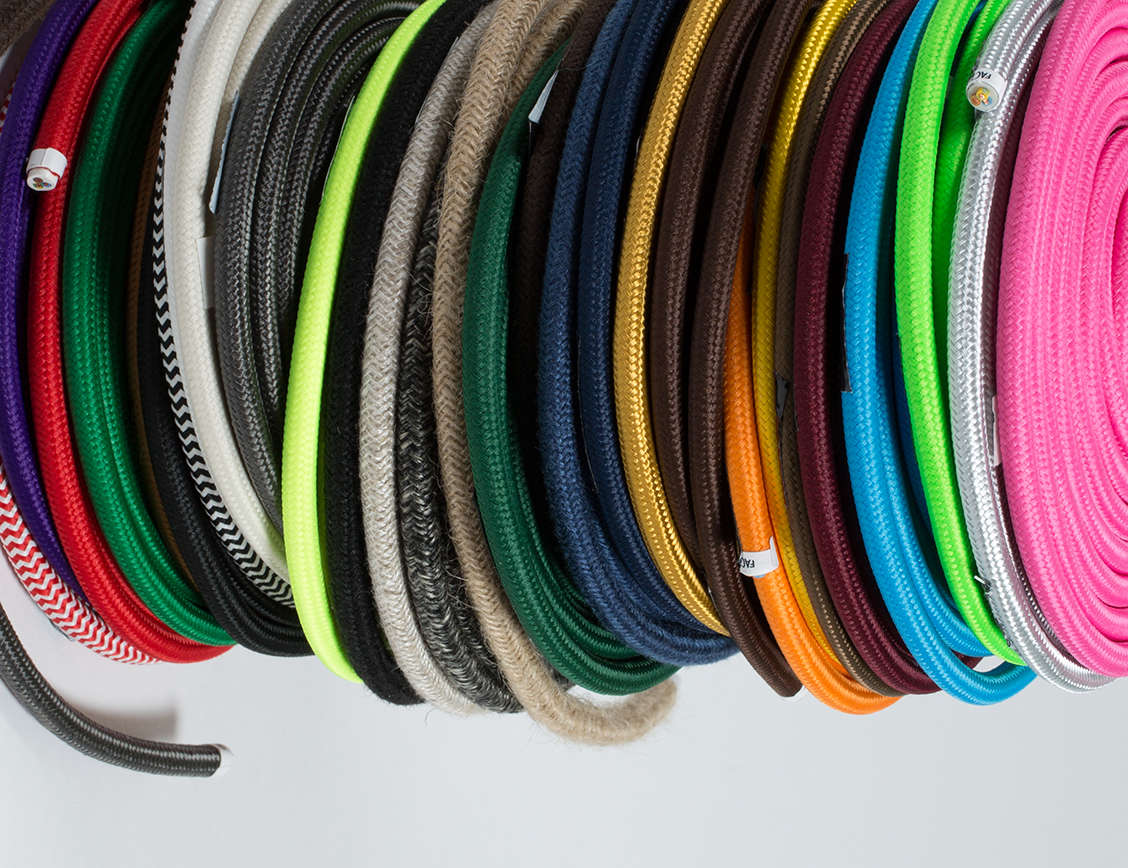 Above: Eight years ago, Factorylux became the first company to sell filament lightbulbs in the UK and the first to offer customers a choice of more than 80 colored fabric flex cords (above). Around half of their clients are architects, interior designers, and lighting designers; the other half are individuals who are looking for more than “just a light in box.” 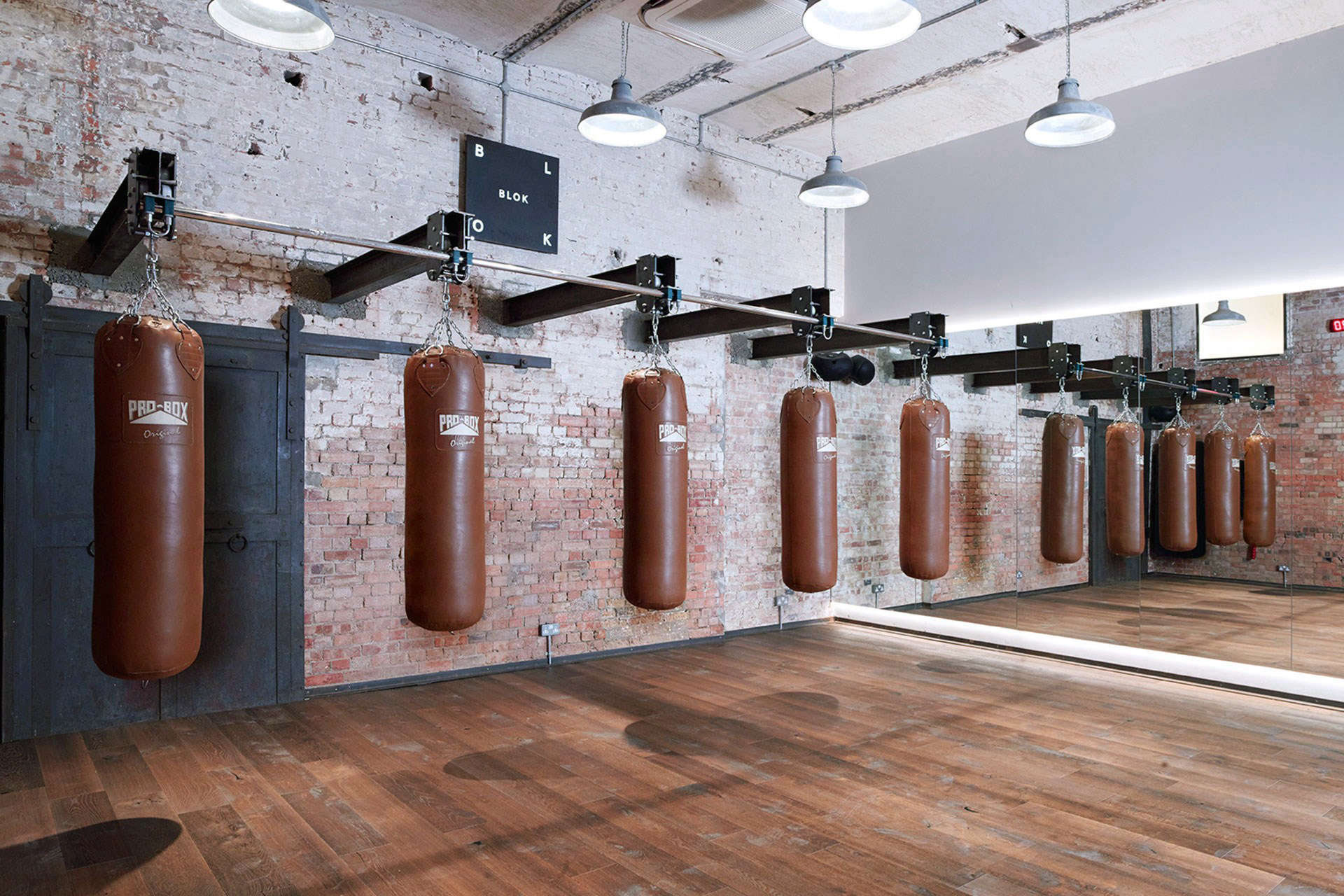 The latest feature on their website, Made for You, is a configuration service that enables you to “pick and mix” lighting components and effectively build your own lighting design. Prices range from £35 to £300 (or $46 to $461) per light. 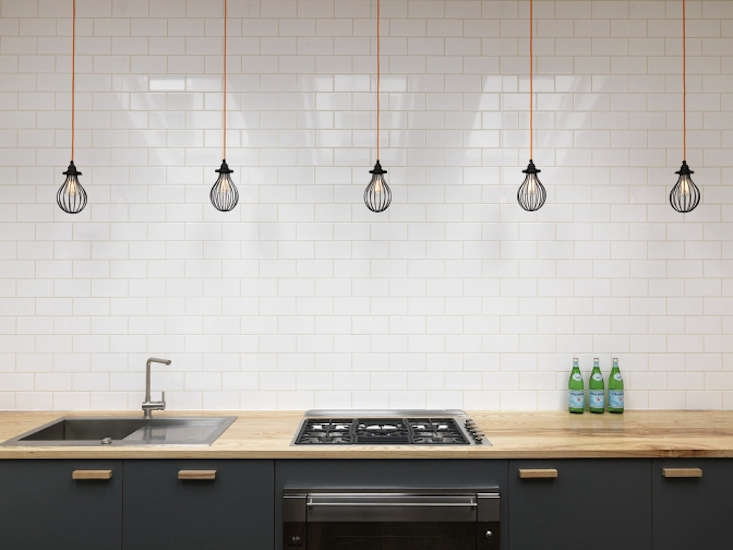 Above: A kitchen by Studio Maclean featuring a row of Cage Pendant Lights, via Urban Cottage Industries.

So what can we expect to see more of? “The industrial aesthetic isn’t going away,” Wilson says, although he does predict a departure from the now ubiquitous low-slung-pendant-with-filament-lightbulb combination. “Spotlights are due a comeback, but not the recessed kind,” says Wilson, pointing to one of their directional lights. 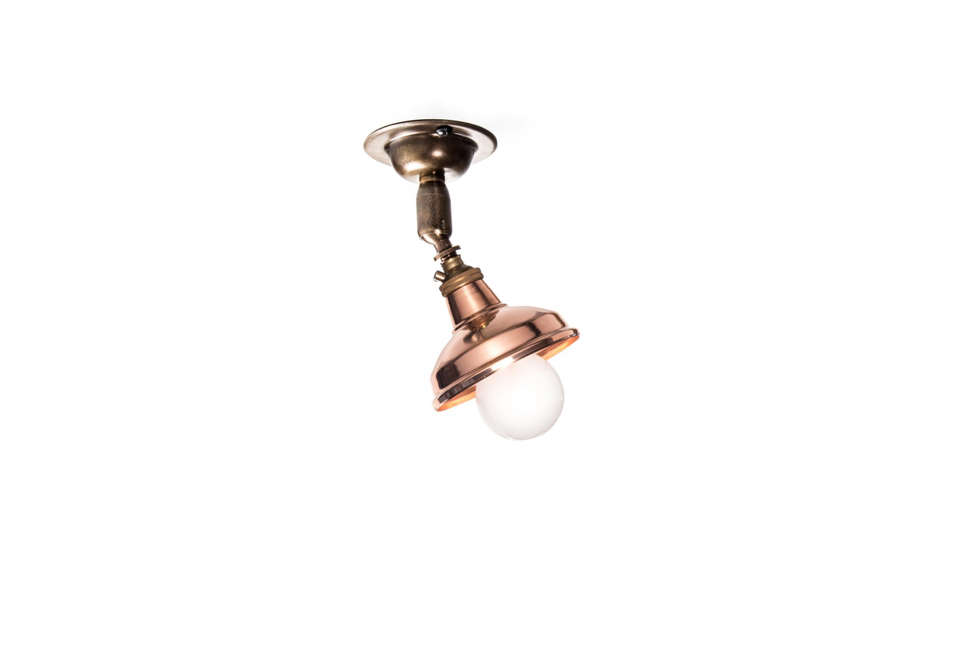 Above: The configurable Maria ceiling spotlight is available in six vitreous enamel colors and four metallic finishes (shown here with a brass body and copper shade); from £124.74 ($165).

“The performance and energy-efficiency of LED lighting now is incomparable,” says Wilson. The latest Factorylux designs come with built-in LED bulbs that are guaranteed for 25,000 hours. Wilson also sees the rise of smart lighting (the ability to control your lighting from your computer or handheld device) as inexorable. He compares the latest in-home lighting technology with music technology: “If filament lightbulbs are CDs, LEDs are Spotify,” he says. “Soon, you’ll be able to create lighting ‘scenes’ in your own home, in much the same way you can create playlists with your music.”

Earth, Milk, and Tree: Stoneware Ceramics from a London Chef

Flame: A Japanese Lighting Company Embraces the Dark Side