A while back, we filed Bath: Rustic Rooms. Now we turn our attention to rustic kitchens, most located overseas. 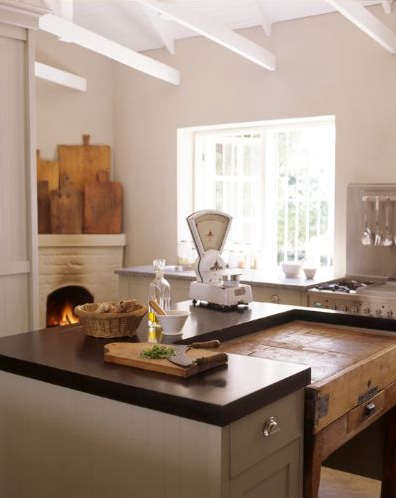 Above: A rustic kitchen illuminated by fireplace flames; photo by Alain Potignon. 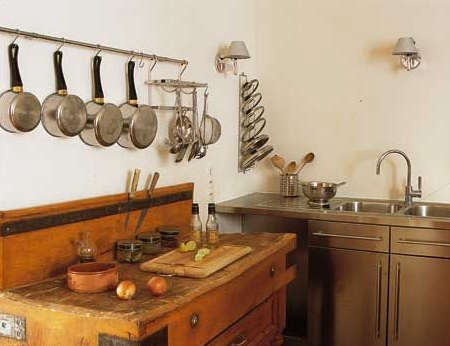 Above: A battered wooden worktable adds character to a stainless-steel kitchen. 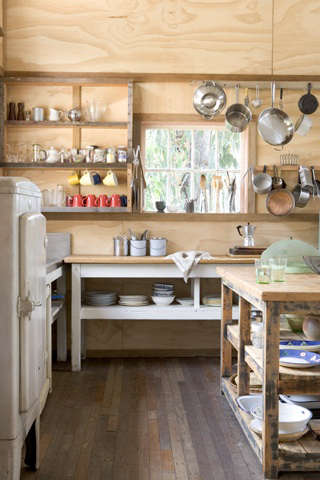 Above: A plywood-panelled kitchen photographed by Richard Birch. 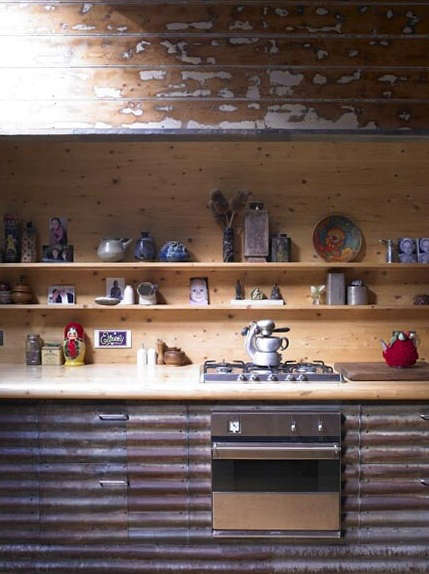 Above: A kitchen in Australia photographed by Richard Powers. 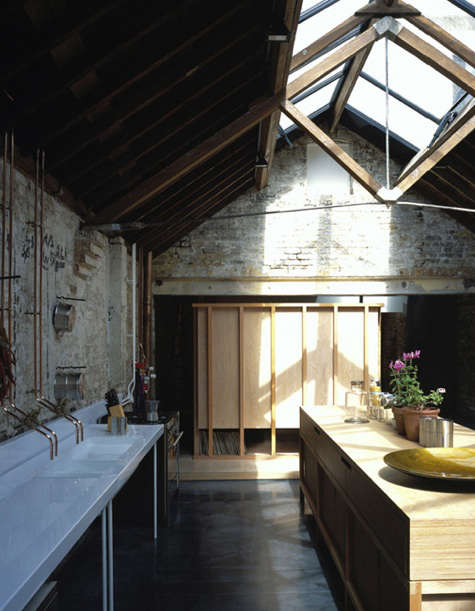 Above: The kitchen of the Collage House, a former factory turned into a mod family residence by UK designer Jonathan Tuckey. Photograph by James Brittain Photography. 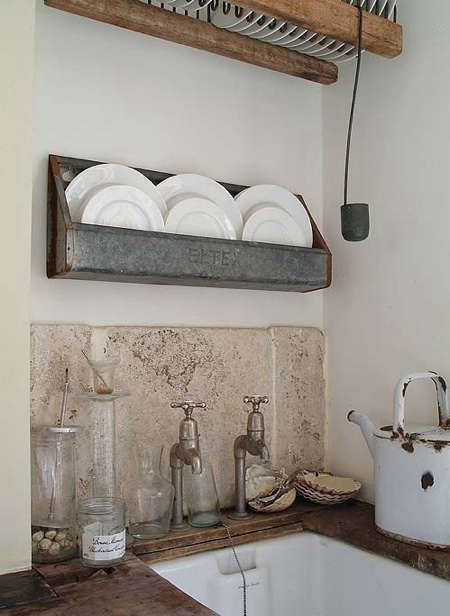 Above: An English kitchen via Light Locations. 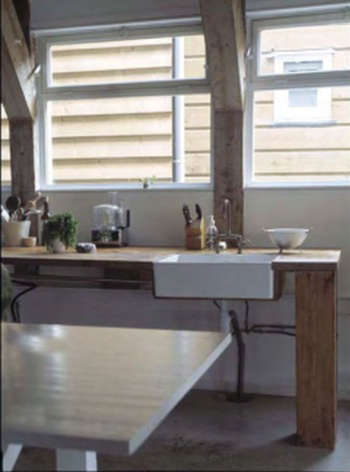 Above: An ad hoc loft kitchen with sink inset into a long workbench. 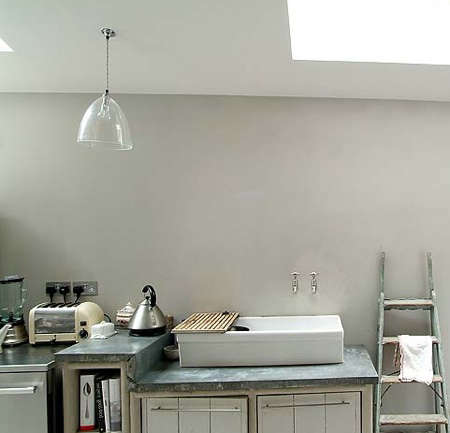 Above: A charmingly imperfect kitchen sink, via Light Locations. 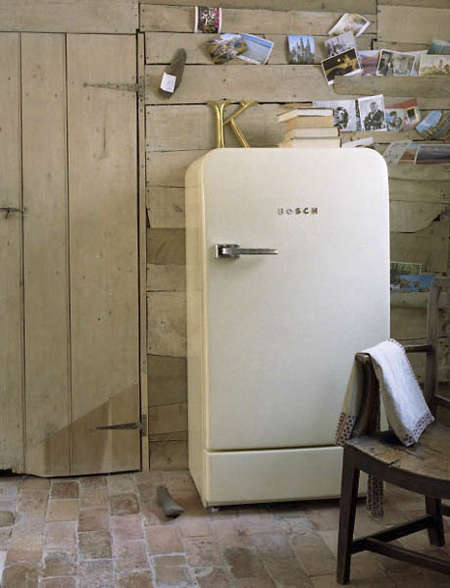 Above: A white Bosch refrigerator in a rustic farmhouse; photo by Joanna Henderson.