When a single professional in Venice, California, set out to remodel his house, he showed designers Alexi Rennalls and Sam Gnatovich images of lofts and similar examples of industrial style. But he also told the pair—who compose Simo Design, a member of the Remodelista Architect/Designer Directory—that he wanted a neat and refined space. Rennalls and Gnatovich were happy to bridge the two directions, and helped their client “interpret the industrial look in a way that’s less aggressive and more inviting,” said Rennalls.

Major refinement was called for in the kitchen, which had three rows of open shelves spanning the room’s entire 18-foot width. Combined with an unattractive Ikea island and lower cabinetry, the effect “felt collegiate,” said Rennalls. “We are fans of open shelves, but this was too much. It looked very cluttered and unorganized.” Join us for a look at their solution. 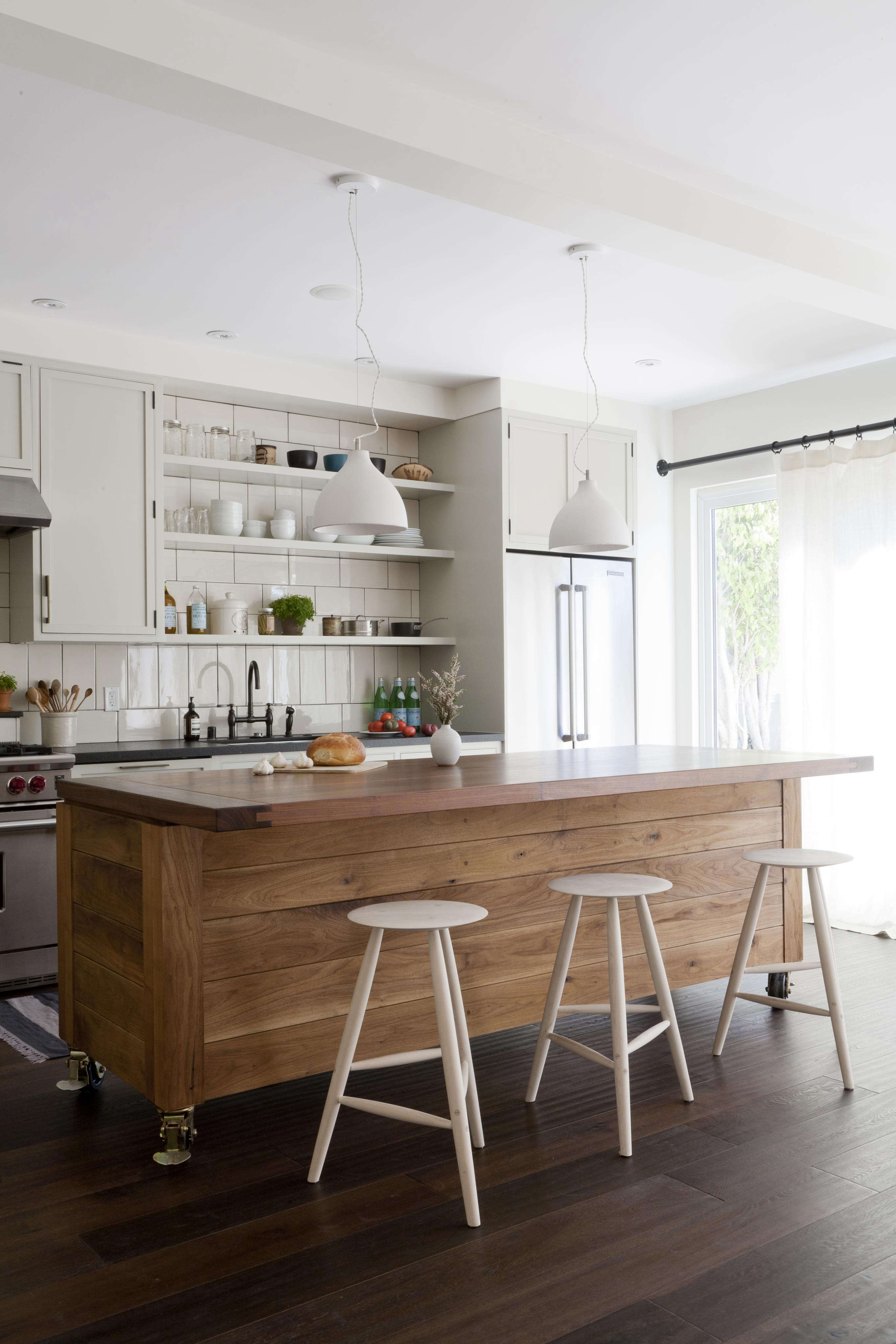 Above: The focus of the kitchen is an American black walnut island on casters, which the architects designed in partnership with furniture designer Doug McCollough. The top has a heavy lacquer finish so it can be used as a workspace. 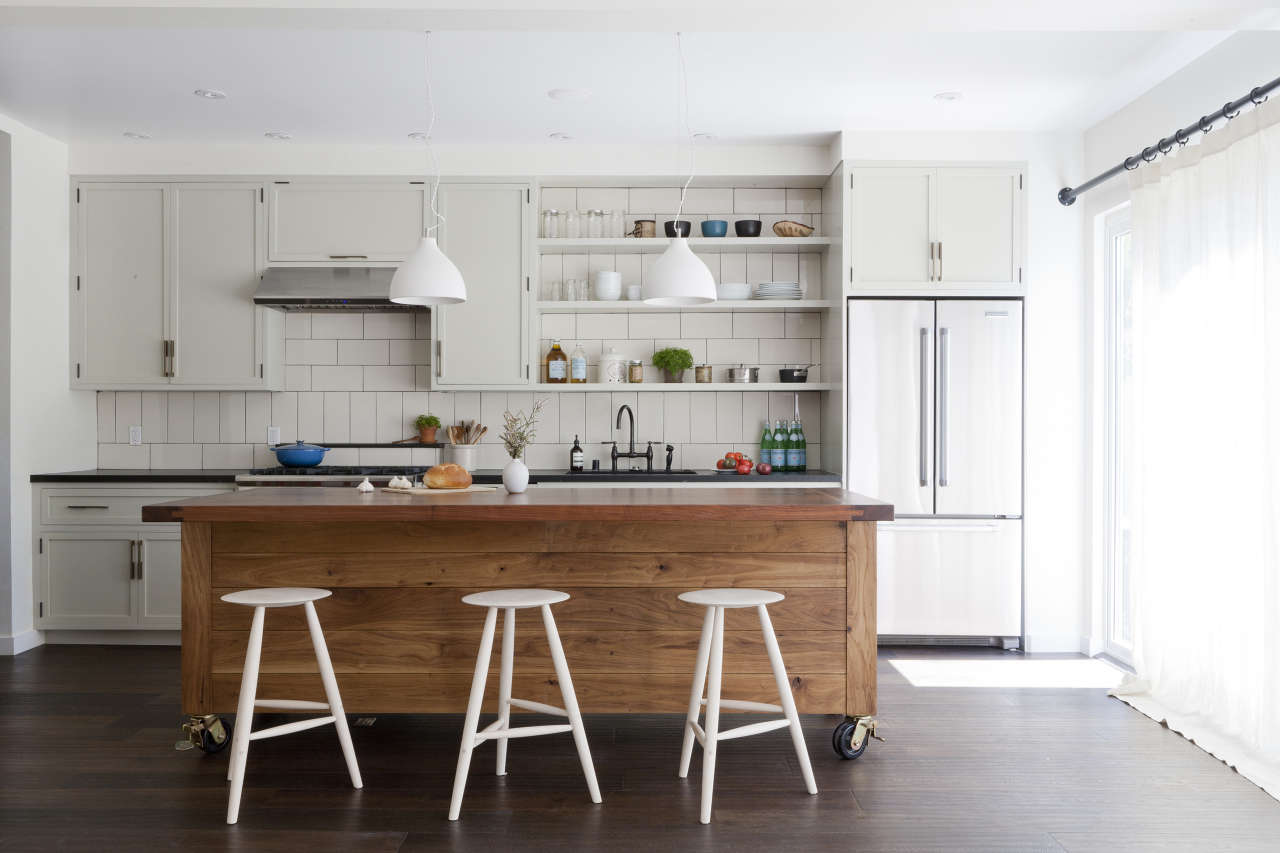 Above: As for the kitchen cabinets, says Rennalls, “We knew the island was going to be the statement in the space so it was important for the cabinetry to act as a backdrop.” They chose Shaker-style flat panel doors painted white, paired with exposed hinges and hardware in antiqued bronze. At the island counter, the designers positioned a trio of Tall Stools from Catskills company Sawkille. 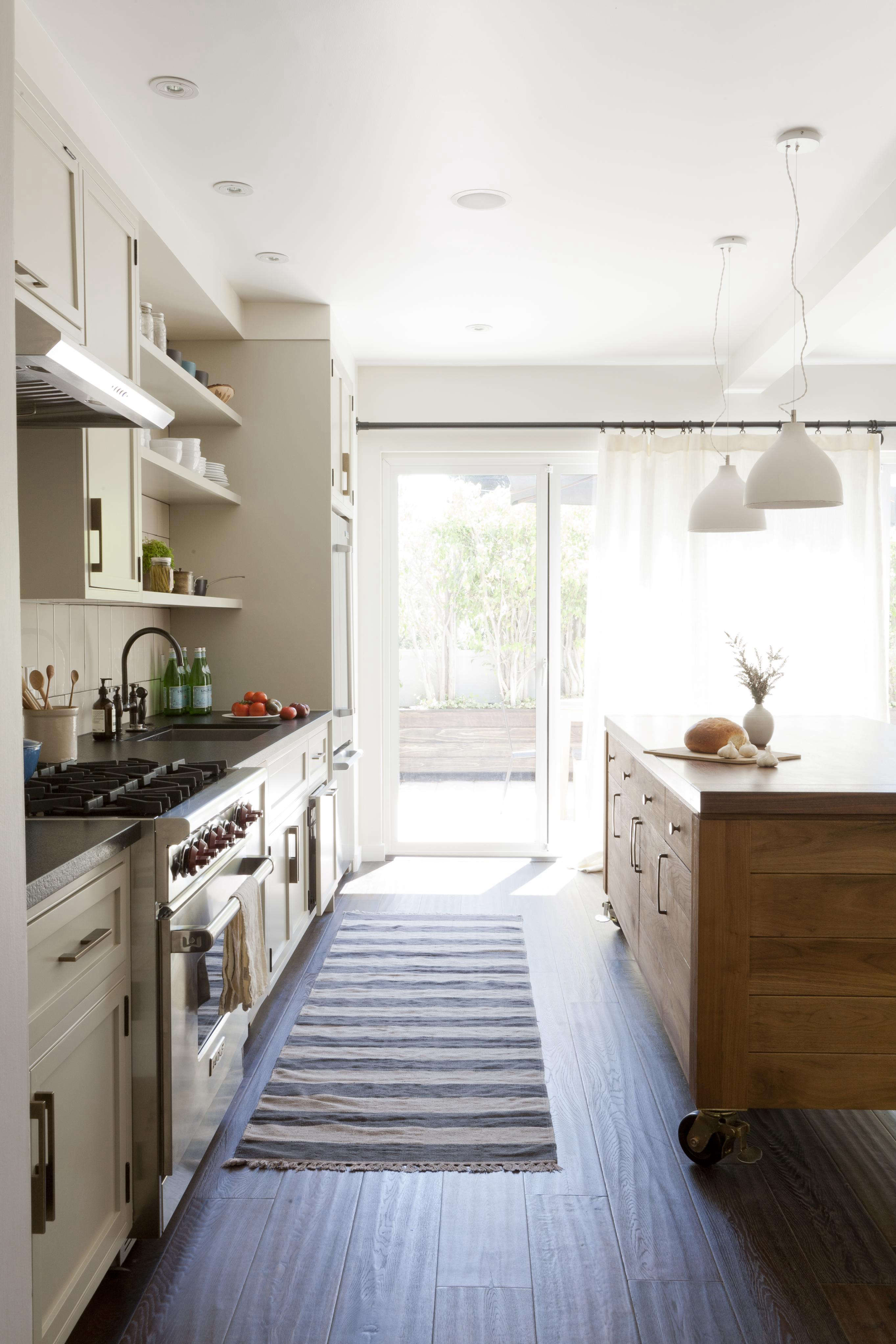 Above: The kitchen runner is from Garde in LA and the engineered solid oak flooring is from Provenza Floors. The countertops are flamed absolute black granite. 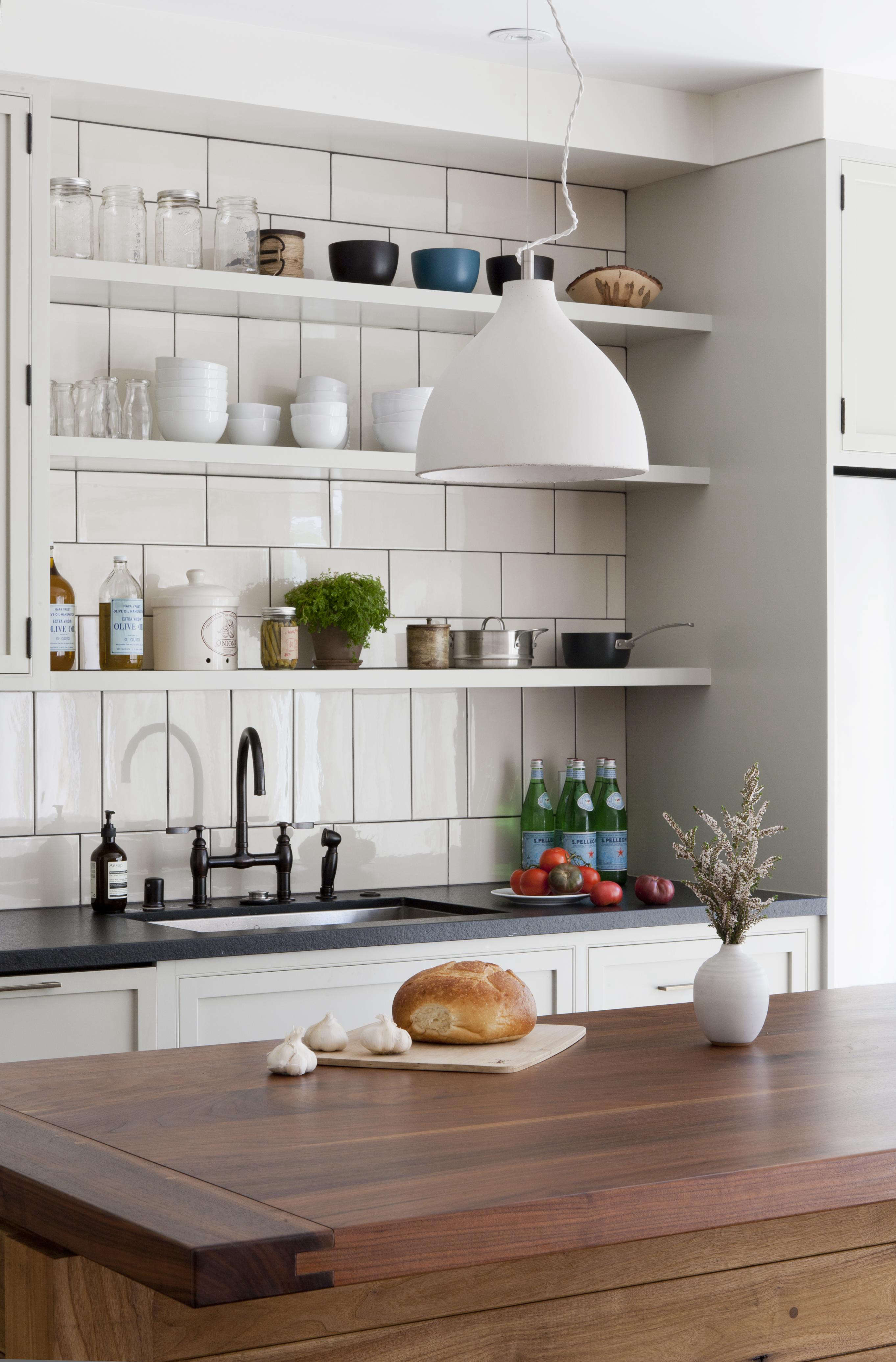 Above: The designers sourced white subway tiles from Mission Tile West in Pasadena and had them installed both horizontally and vertically with dark gray grout; they spaced the open shelves according to the height of the tiles. The kitchen faucet is Kohler’s Parq in oil-rubbed bronze. 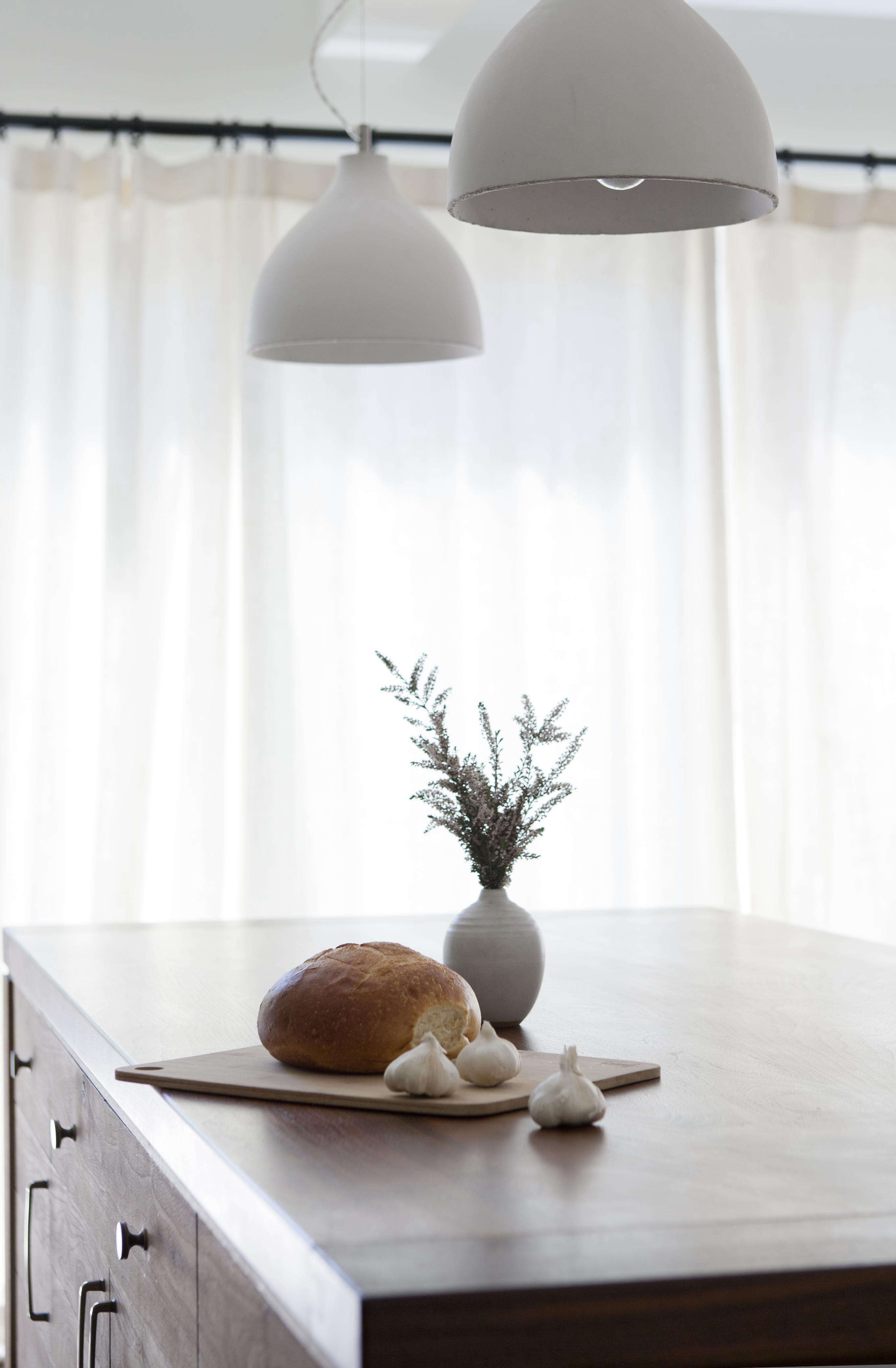 Above: Unflattering real estate photography aside, the kitchen was in need of an update. “The layout wasn’t really the issue,” said Rennalls. “It was all about refining the surfaces and materials.”

See the rest of the house in Rehab Diary: LA Living, Venice Style. See more from Simo in A Masculine Midcentury Revival in LA and Swimming Pool of the Week: A Modern Update in Beverly Hills on Gardenista.

Santimetre's Turkish-Inspired Ceramics, As Seen in a Verdant Brooklyn Restaurant

Kitchen of the Week: A France-Meets-California, Ikea-Meets-Custom Kitchen in Normandy