Last week our Novice Gardener, Meredith Swinehart, installed three DIY black window boxes on the front of her San Francisco home. She filled them with plants. But with the holiday season officially underway, she’s ready to decorate for Christmas with the help of our partner The Home Depot.

String lights were a given, as was some seasonal greenery. But as Meredith wandered the nursery aisles at her local The Home Depot store, she found herself drawn to succulents and black plants. At first, she tried to ignore the urge, knowing it was not the traditional holiday look. But when have we been traditional?

Could Meredith create a holiday window box with atypical ingredients? Inspired by the challenge, she set to work. 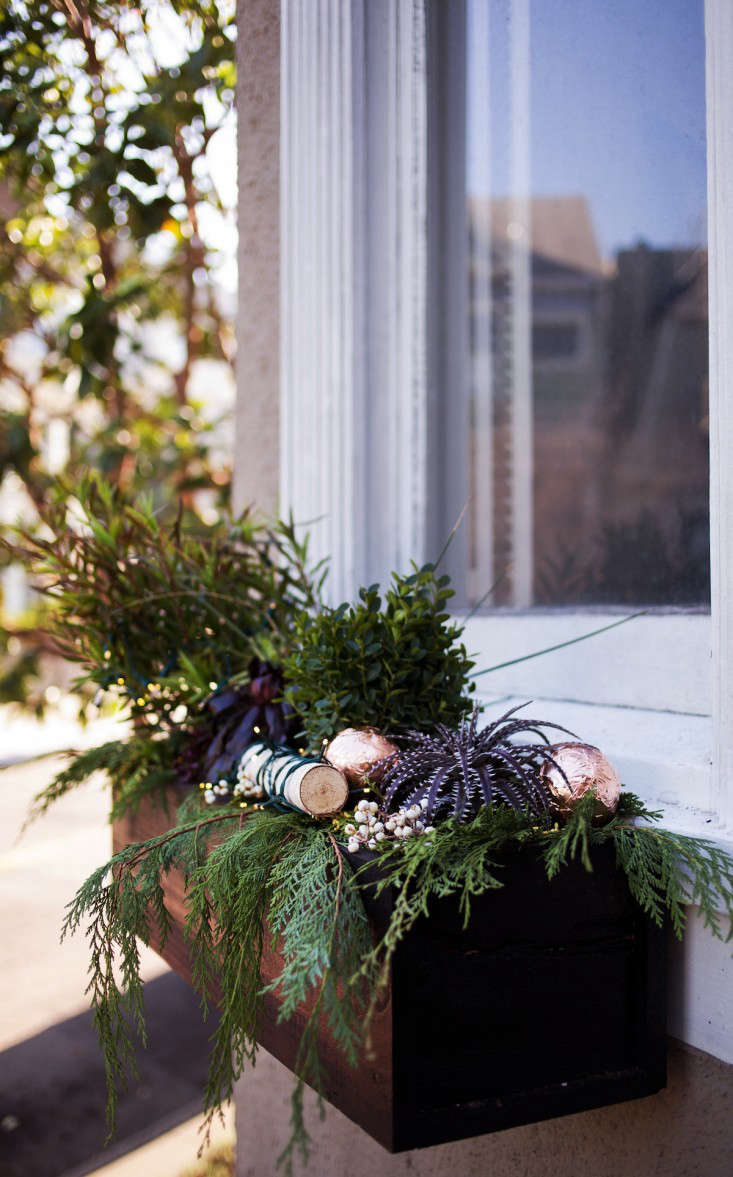 Above: Meredith couldn’t help but notice that her holiday arrangement appears inspired by Tim Burton’s The Nightmare Before Christmas. (The Tim Burton film is her favorite holiday movie.) 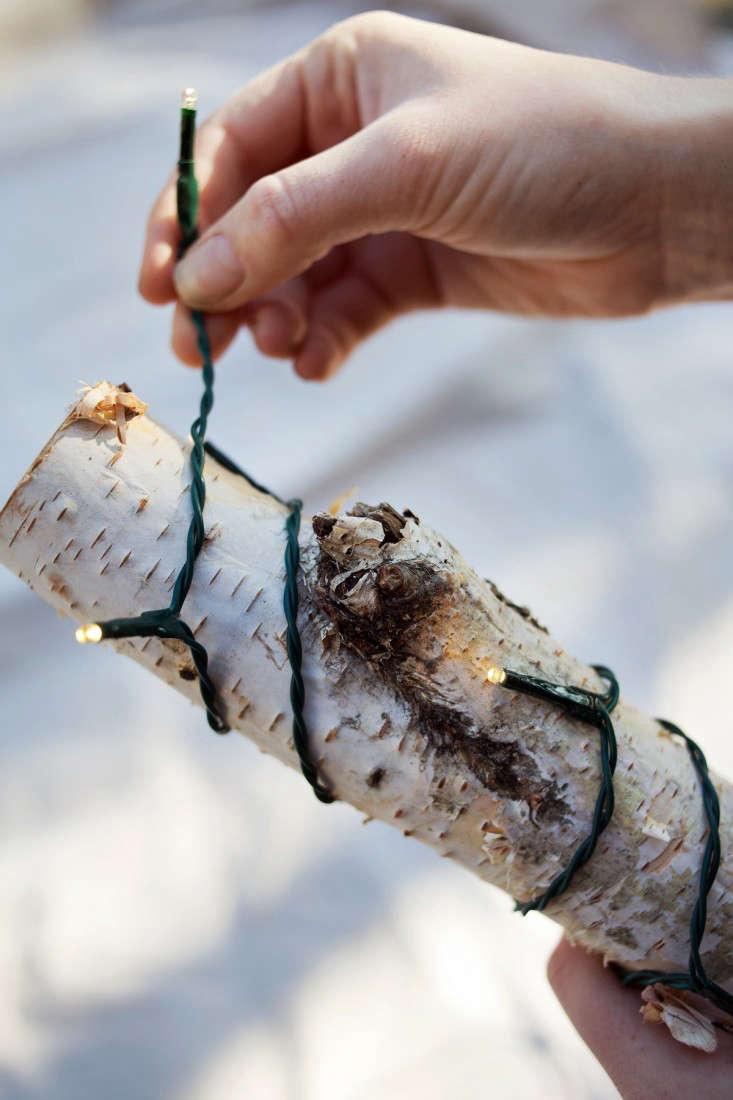 Above: To start, Meredith found some small birch tree logs and wrapped them with Brite Star LED Clear White Battery-Operated Dome Lights; $10.99 for a 20-light set. 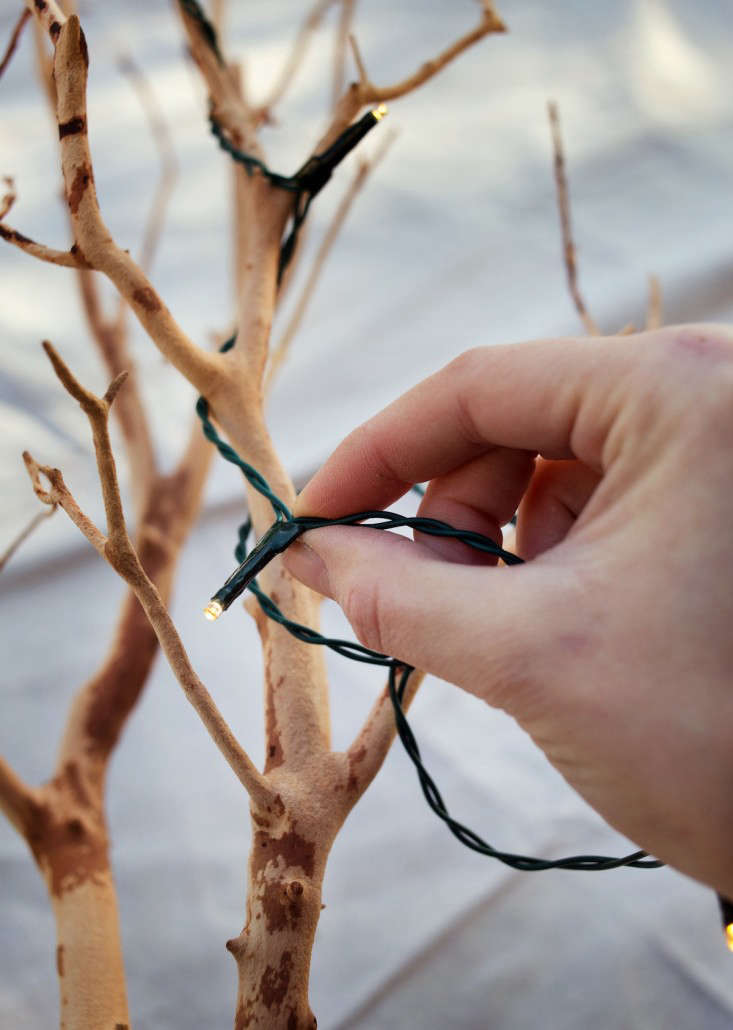 Above: She wound three light strings around a manzanita branch. 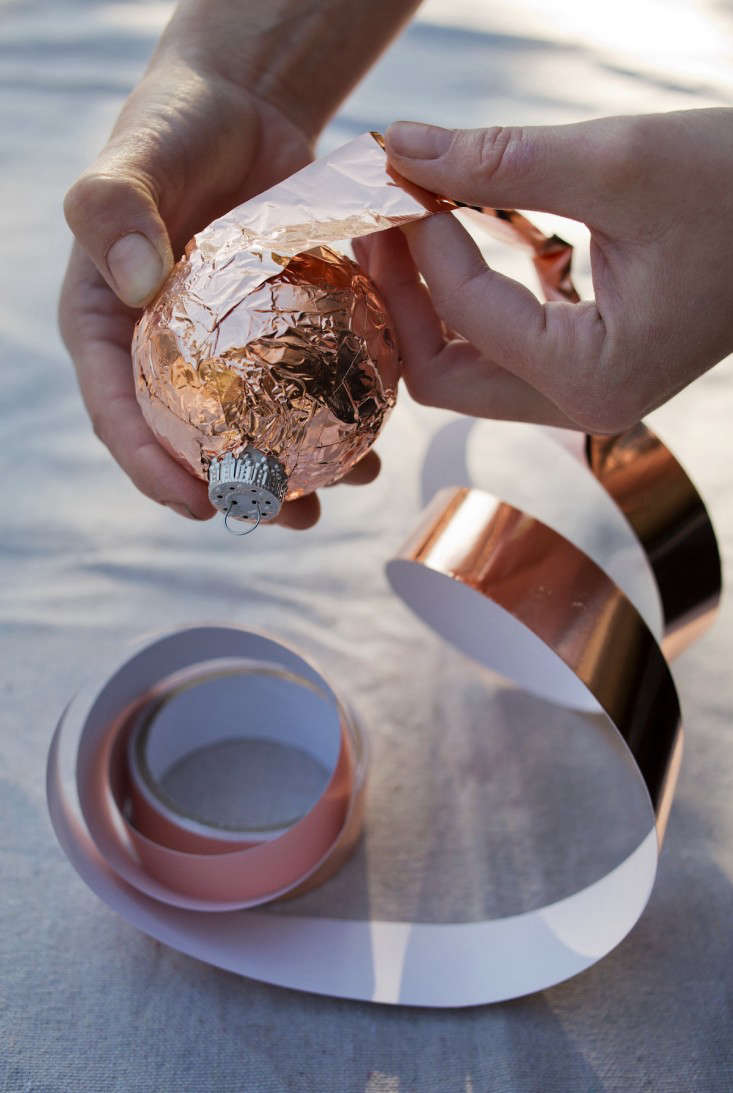 Above: Meredith loves finding new uses for utilitarian products. To make ornaments, she used Corry’s Slug and Snail Copper Tape; $7.42 for a 15-foot roll. She wrapped the tape around a set of plain Christmas ornaments like those in the Martha Stewart Living 70mm Christmas Ornaments Set; $5.98 for a pack of 18. And voilí : copper Christmas ornaments. 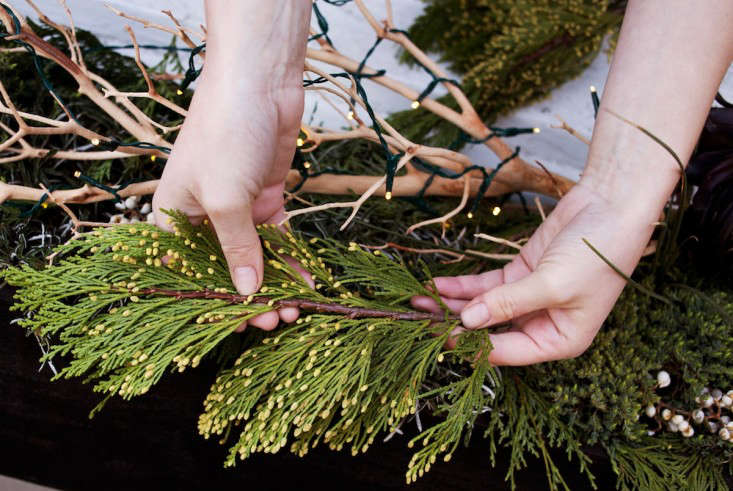 Above: Meredith added boughs of cedar to the mix. The Home Depot sells a variety of Fresh Christmas Wreaths and Garlands, including balsam, pine, and fir. To secure the branches in case of wind, Meredith used Gardener’s Blue Ribbon Sturdy Twists Plant Tie Wire; a 100-foot roll of wire is $2.97. 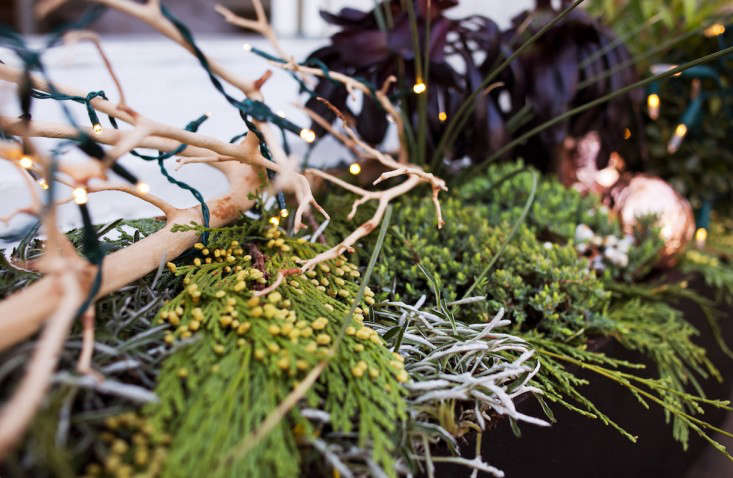 Above: Meredith wanted to display the lighted manzanita branch in the center of the three boxes, so she planted drought-tolerant ground cover there: Dwarf St. John’s wort and ‘Silver Carpet’ dymondia margaretae. 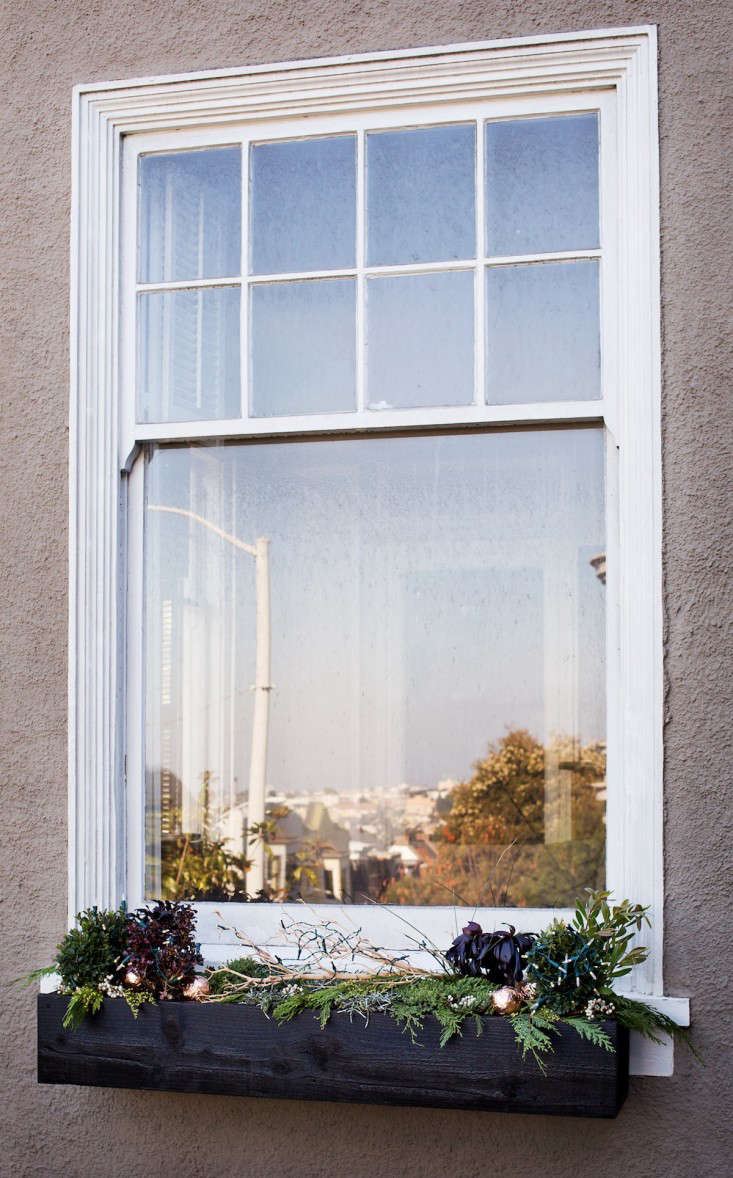 Above: She perched the lighted manzanita branch on the ground cover, flanked by succulents and other drought-tolerant plants. (Meredith has accepted that she’s not an over-waterer.) 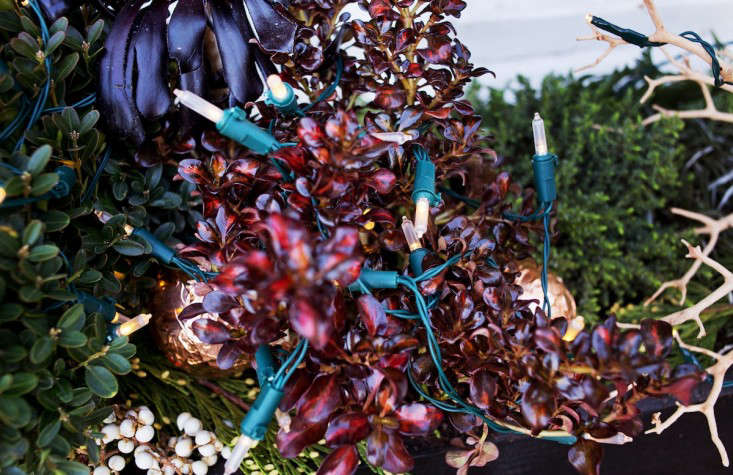 Above: Coprosma ‘Martini Midnight’ instantly reminded Meredith of pomegranate seeds, which remind her of Christmas. The black-purple “flower” in the back is Aeonium ‘Zwartkop,’ a succulent. 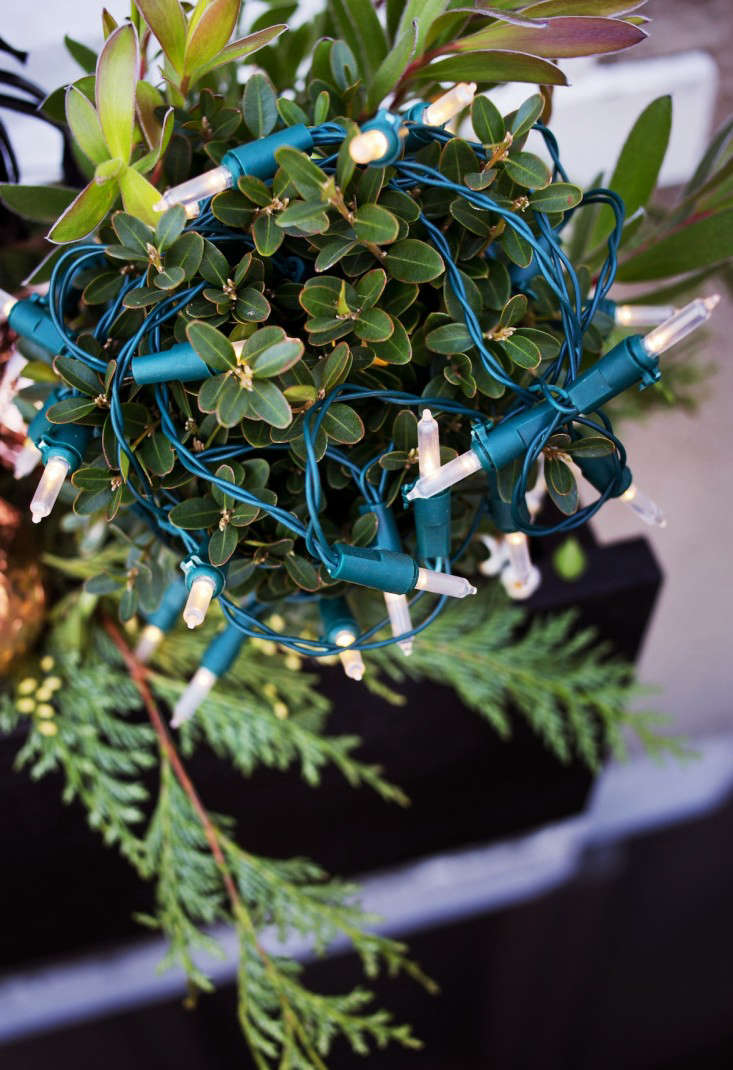 Above: Meredith wrapped white lights in and around dwarf boxwoods; a variety of Boxwoods are available at The Home Depot. She bought 1-gallon plants for $5.98 apiece. 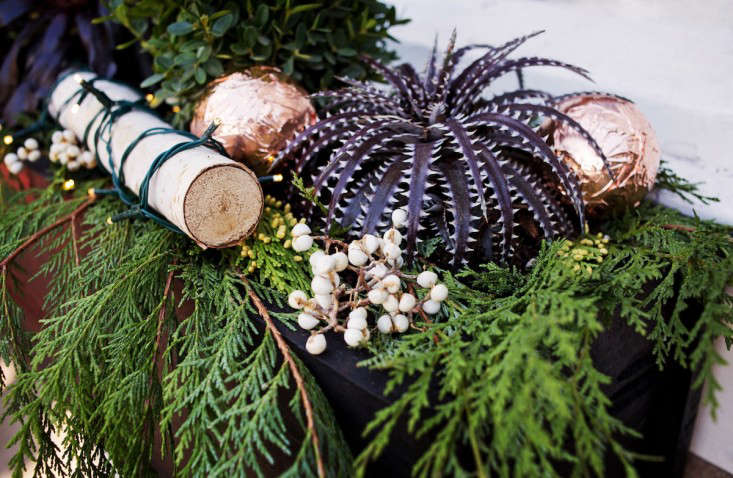 Above: This bromeliad was too perfect as a Christmas star; Meredith couldn’t resist it. It’s a Dyckia hybrid ‘Arizona’ x ‘Brittle Star’ and is as spiky as it looks; gloves are required here. Meredith likes the simplest pairs, such as G & F Women’s Washable Suede Pigskin Leather Garden Brown Gloves; $12.97 for three. 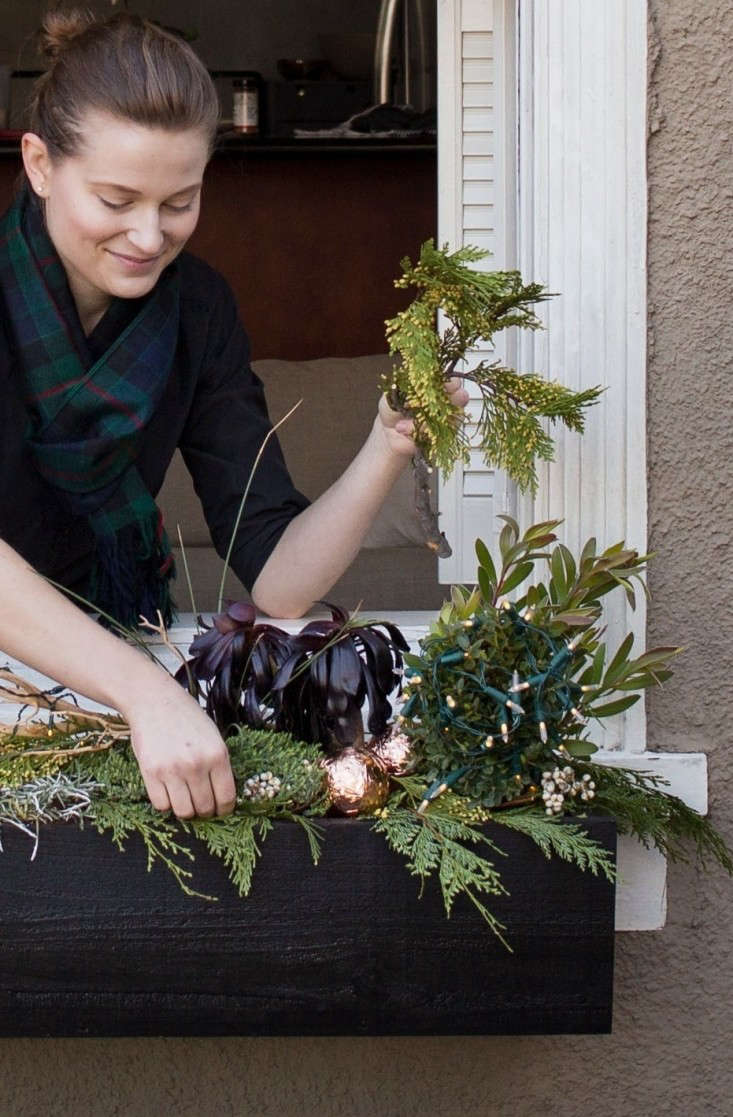 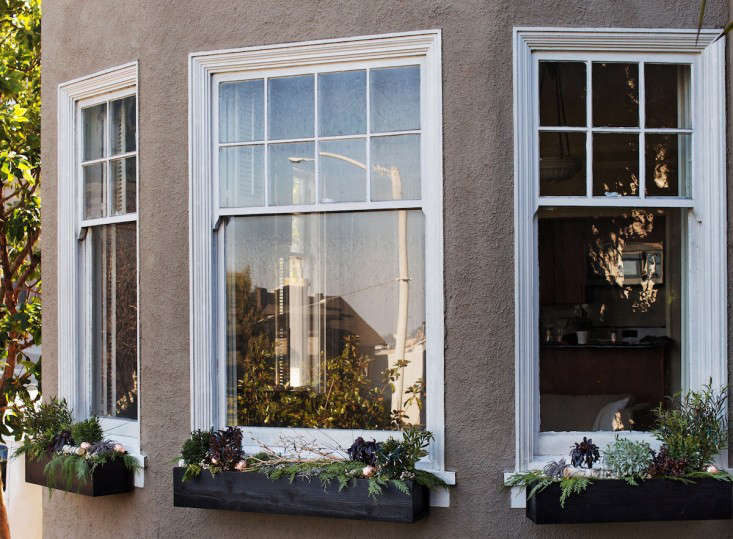 Gift Guide: A+ Presents for Teachers

In collaboration with: DIY: Gift Wrapping Supplies from a Surprising Source