Cunningham can be spotted out and about wearing a classic French work jacket, worn for decades by the country's laborers; Cunningham buys his at the Bazaar Hotel de Ville in Paris. Mimic his look by acquiring your own version (we especially like the jacket in black) at the following sources. 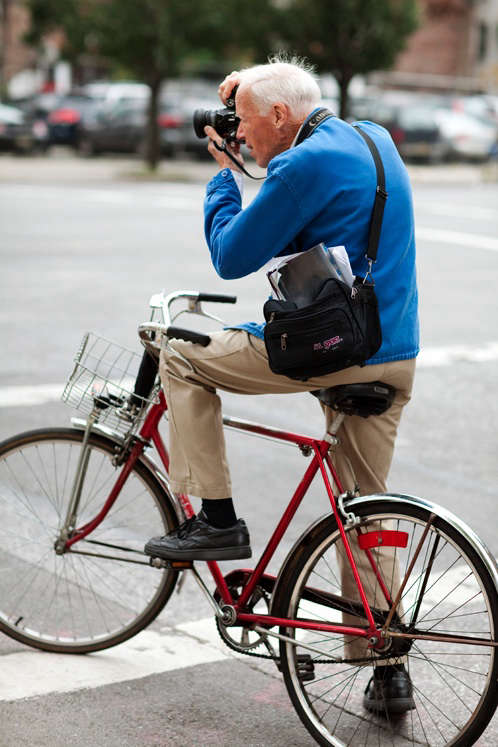 Above: Bill Cunningham at work; photograph by Scott Schuman of The Sartorialist. 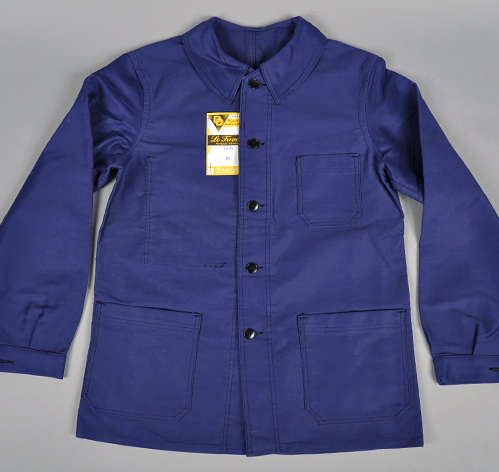 Above: The jacket sports a multitude of utilitarian pockets. 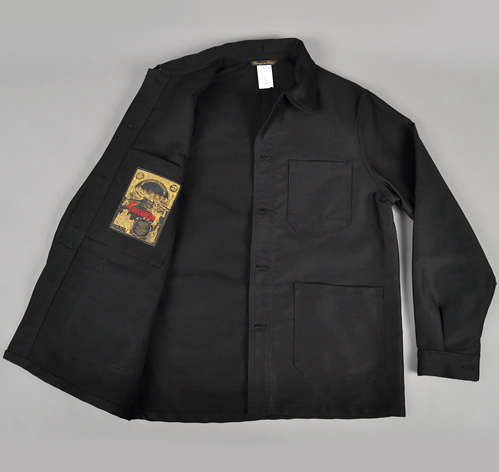 Above: The Bleu de Travail French Work Jacket in black is $150 at Hickoree's. 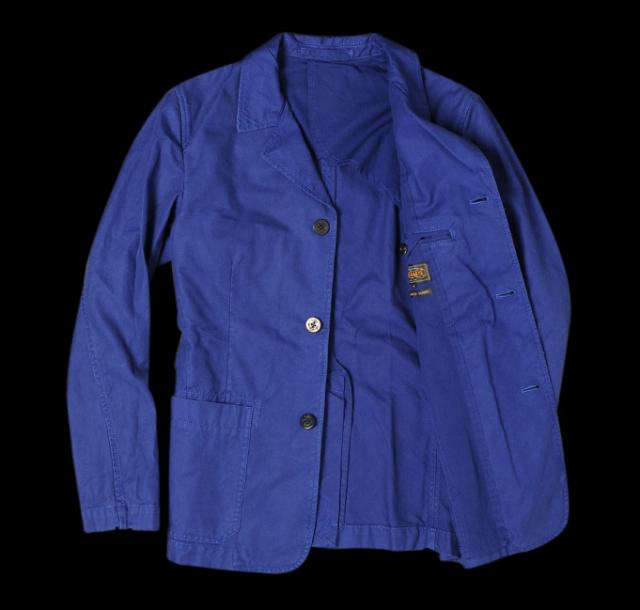 Above: An interpretation of the Le Laboureur jacket from Tokyo-based fashion label Beams: The 100-percent cotton Beams+ French Work Jacket in cobalt blue is $505 at Unionmade.