Norfolk, England-based illustrator, printmaker, and designer Paul Bommer is having a moment. He's "Busy. Busy. Busy. A tile art exhibition on at the moment at Tinsmiths in Ledbury; three more next month (Pick Me Up at Somerset House, a solo show at Sack & Sugar in Norwich, and a group show at the Gallery Norfolk in Cromer)." We're tempted to fly over just to see his line of Delft tiles depicting denizens of Spitalfields reimagined for the 21st century.

As Spitalfields Life says, "Paul’s sly, witty style is perfectly at home on tiles, bringing an extra level of humor and sophistication to this appealing vernacular art." To see more of his work, go to Paul Bommer. 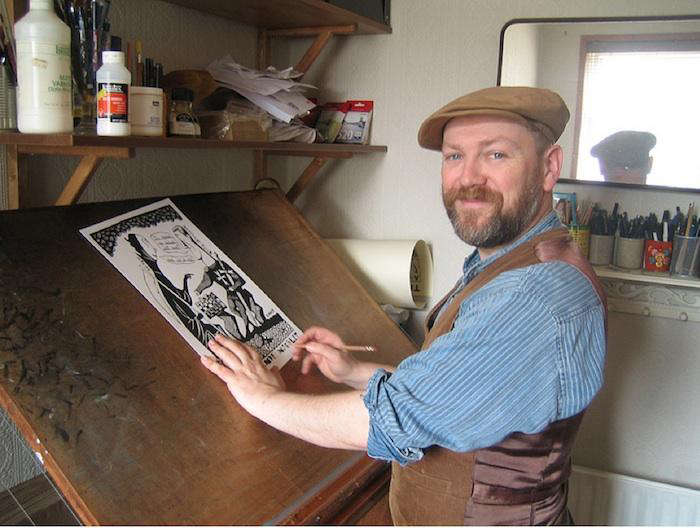 Above: "Here's me, signing my new screen print edition, based upon Ingmar Bergman's film The Seventh Seal. The drafting table is a very recent purchase, I got it this Thursday just gone, at Spitalfields Antique Market. My mate Steve, who sold it to me, told me he was told by the guy he got it off that it used to belong to the guy who drew Roy of the Rovers. I like to think the provenance is true." Image via Flickr. 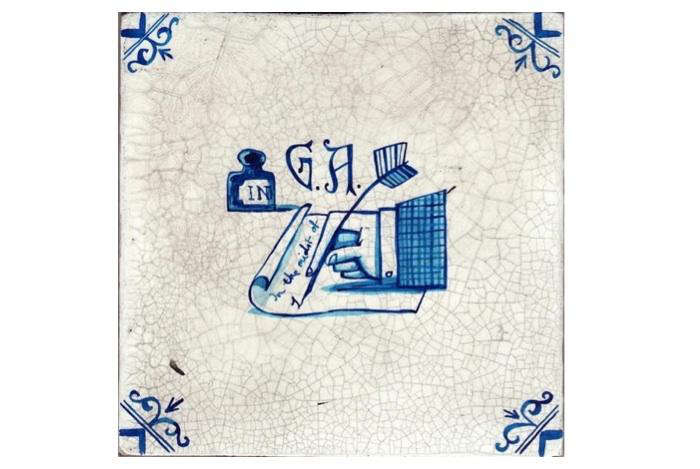 Above: The Gentle Author, depicting the anonymous writer of Spitalfields Life. 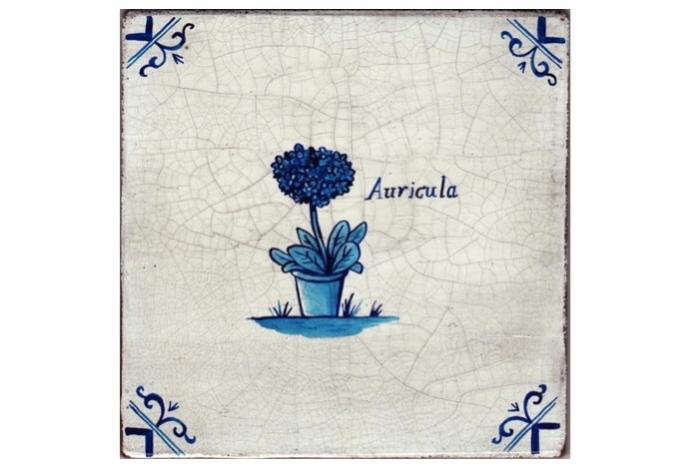 Above: The Auriculas of Spitalfields. 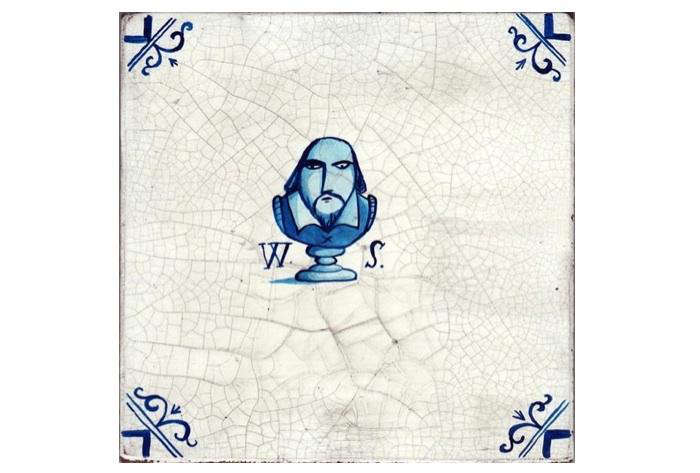 Above: William Shakespeare in Spitalfields. 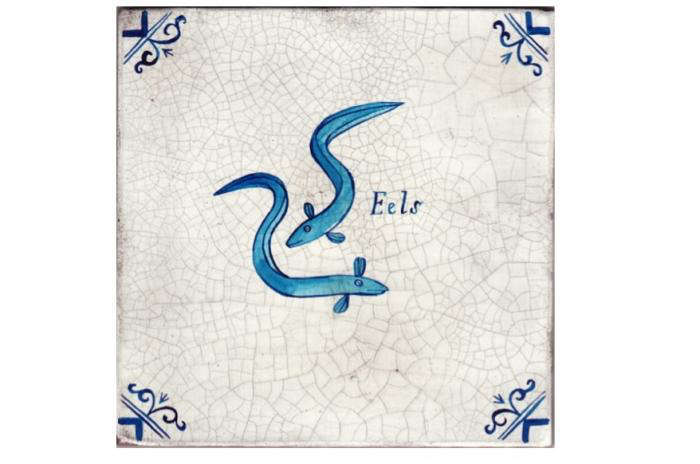 New From Ikea: A Stepladder Shelf for Plants

A Belgian Supermodel at Home in Antwerp

Steal This Look: A Timeless Dining Room in Somerset