This season's neon shoes from London shoe designer Tracey Neuls’ TN 29 collection have got even me considering adding a dash of color to my wardrobe.

From personal experience, architects tend not to be sartorially adventurous; aspiring instead to an understated elegance built up from muted tones, impeccable tailoring, and subtle details. Like most trends, the fact that the world is currently awash in neon would normally pass me by as I resolutely cling to my classics. Walking by the Tracey Neuls Shop in Marylebone the other day, though, I couldn’t help but notice a pair of her signature neon red shoes, which rather predictably, I now covet. For more information, go to Tracey Neuls. 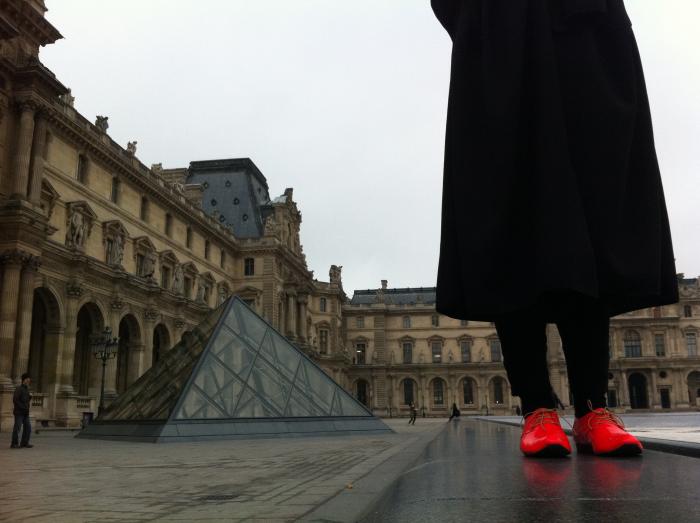 Above: Wearing her own neon red shoes, the designer herself becomes part of the exhibition at the courtyard of the Louvre in Paris. Originally from the west coast of Canada, Neuls is a graduate of London's world renowned Cordwainers College of footwear design. 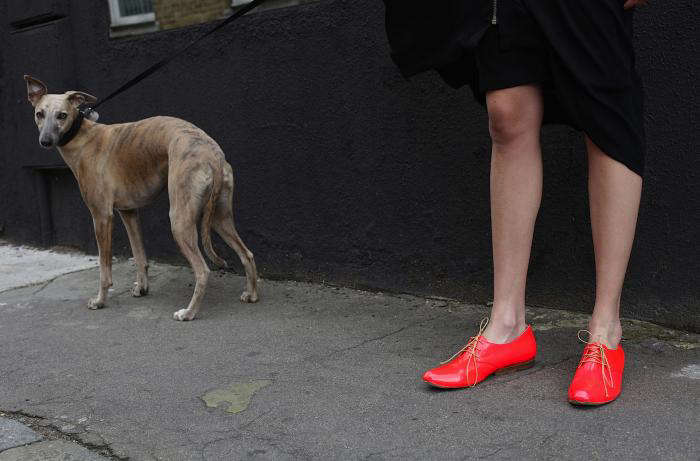 Above: Neuls aims to create designs that are contemporary and timeless; similar to an architect's aspirations. 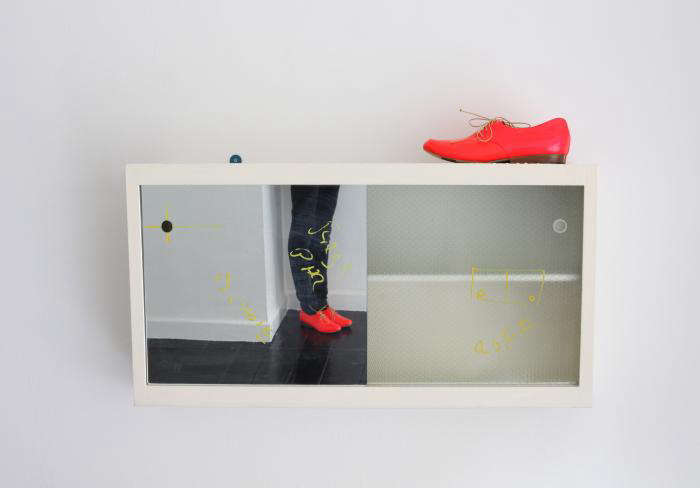 Above: The Neon Red shoes that I spotted and now covet are in the TN 29 Collection. 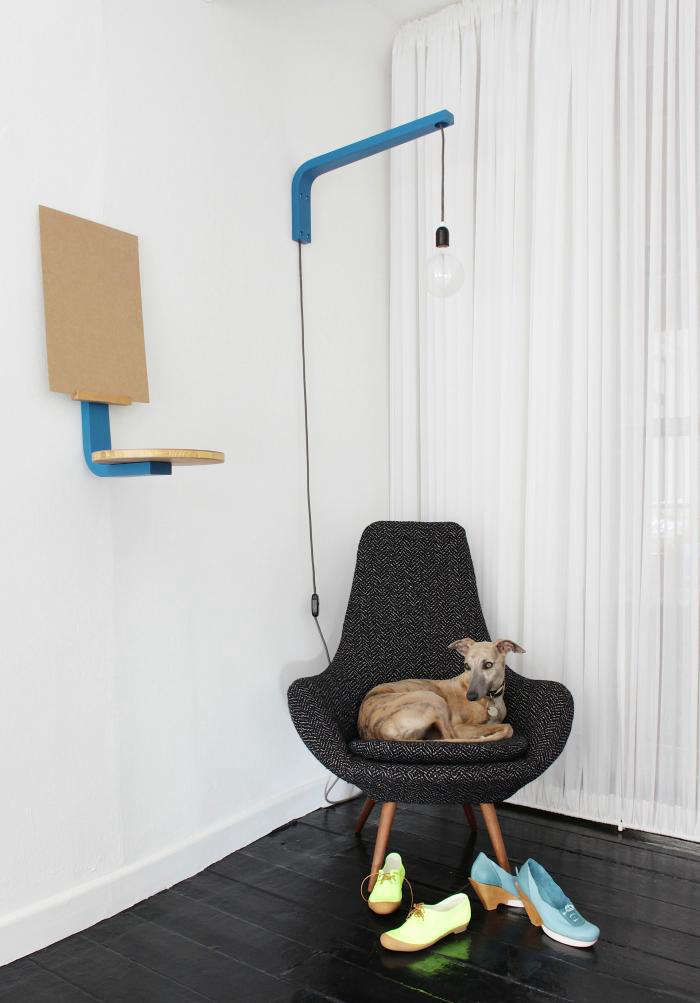 Above: Tracy Neuls often collaborates with other designers and exhibits their products; the Neon Geek in green and the Bob in Mediterranean Blue are both part of the TN 29 Collection. 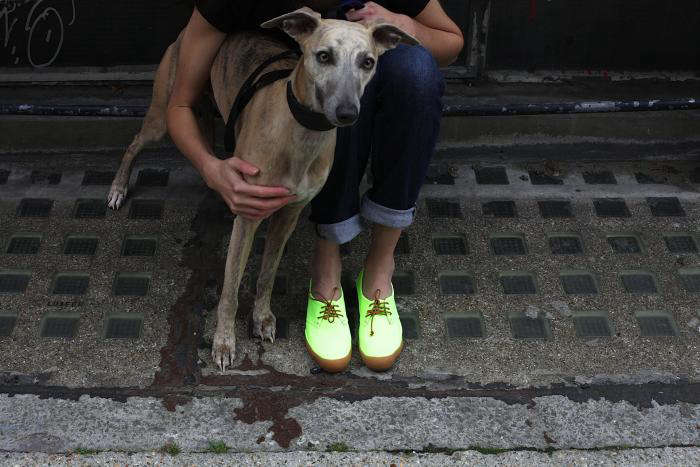 Above: Neon Geeks in green from TN 29 work well with a classic pair of jeans. 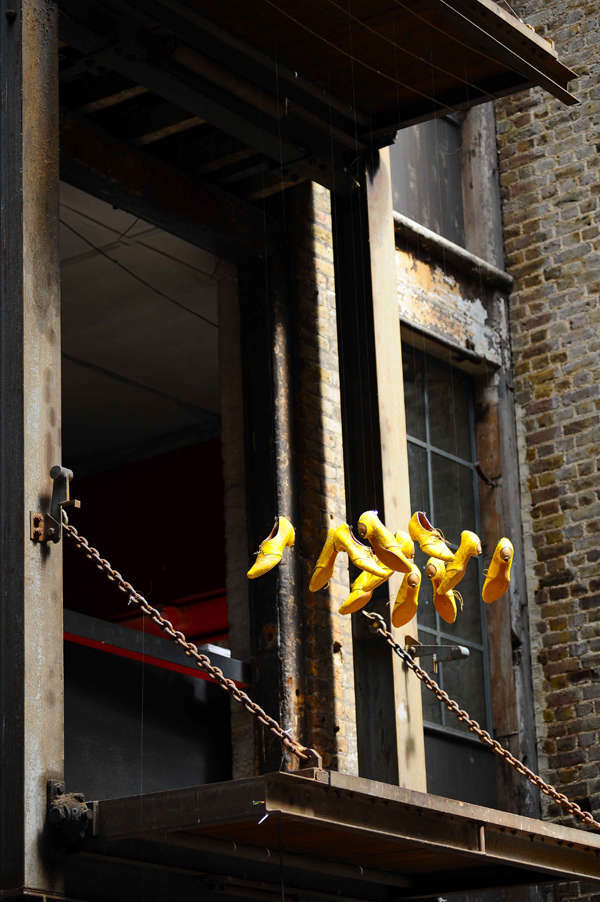 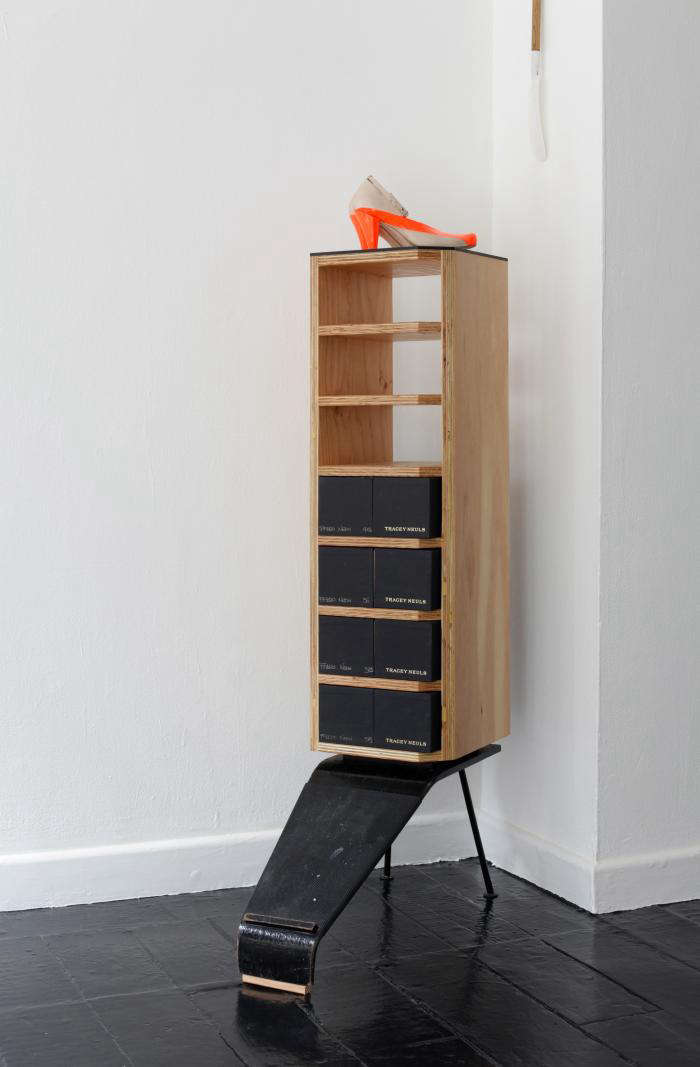 Above: The Vee in Neon is part of the Tracey Neuls mainline collection. Always thinking three dimensionally, Neuls uses color in a sculptural and playful way; when the feet are put together, the patent neon stripes form a "V". 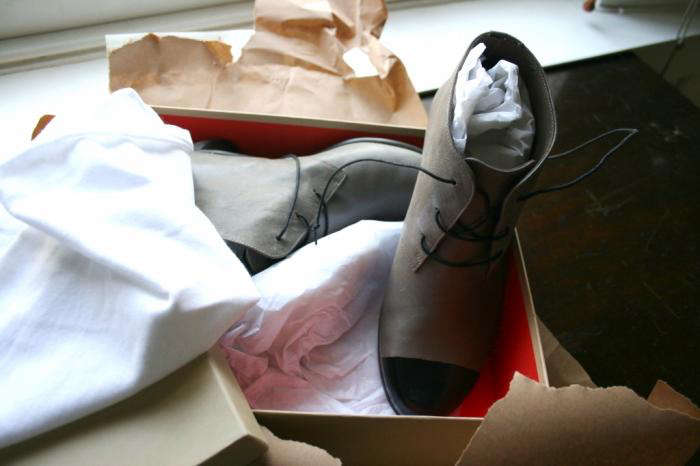 Above: Neon red has been the company's signature color for years; it's even used to line her shoe boxes. Image via I Am Not a Celebrity.

Living Above the Shop: Marche St. George in Vancouver