On a recent July evening, 20 dinner guests gathered for a lamplit mid-summer feast on floating pallets tethered to a riverbank in the middle of Oslo. They felt as if they’d won a lottery–and in a way, they had.

It all started a few weeks earlier, when Oslo-based food events promoter Food Studio mysteriously tweeted “Tickets for sale–if you can follow the clues to find them” before sending a roving bicyclist to several secret destinations, with a handful of tickets. By the cyclist’s second stop, the tickets were sold out.

The reason for the excitement: The dinner on the banks of the Akerselva River was a collaboration among Food Studio, 2-Michelin star restaurant Maaemo, and micro coffee roaster Tim Wendelboe, with an emphasis on fresh, seasonal ingredients.

Here’s what the golden ticket holders saw when they arrived for dinner:

Photographs via Food Studio except where noted. 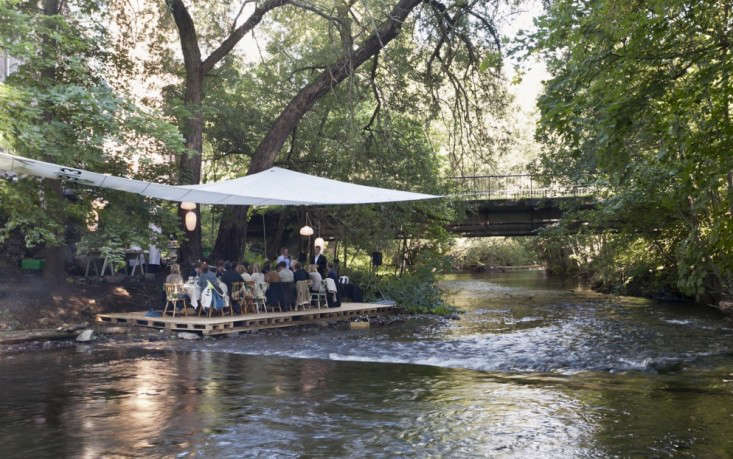 Above: “A long table had been set up on a pontoon right on the edge of the river. Great orbs of light hung from neighboring trees and a large sail overhead provided shelter,” recalls Nordic Nibbler, one of the guests in attendance. “Next to us was an open fire, flickering and crackling and giving off that smell so evocative of open-air cooking.” 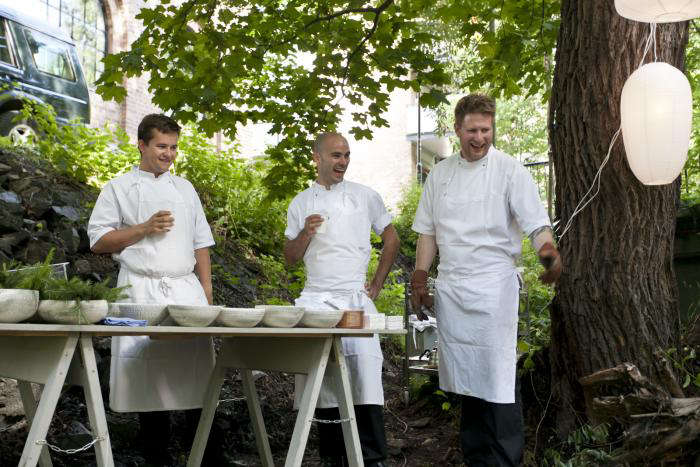 Above: A five-course dinner was prepared outdoors by Maaemo’s chefs. 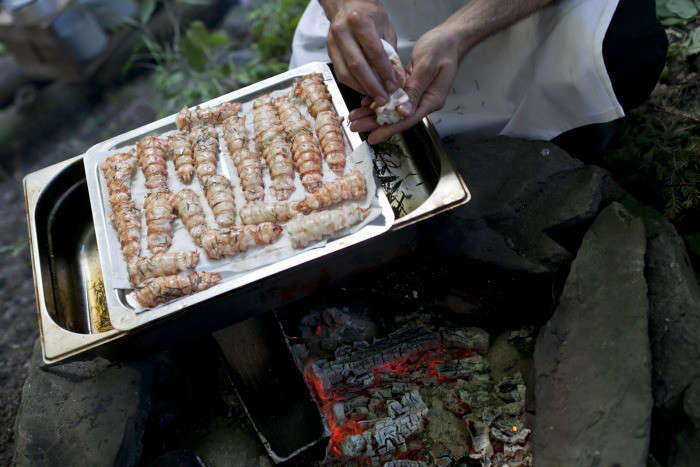 Above: One course featured langoustines cooked in pine butter over an open fire. “A pine infusion was poured over dry ice, releasing clouds of pine-scented smoke across the table,” recalls Nordic Nibbler. Photograph via Luma. 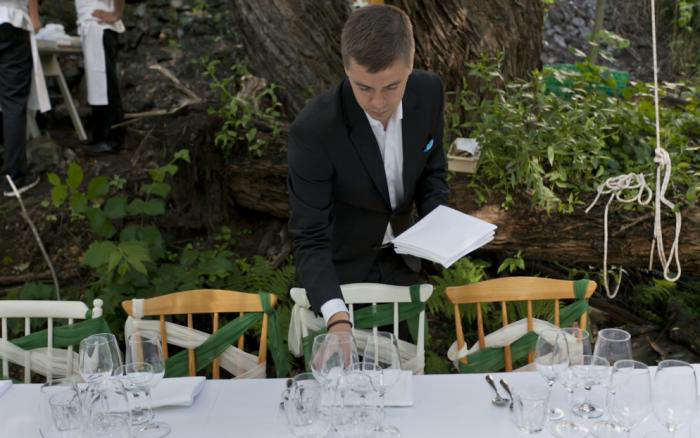 Above: The theme of the evening: a tribute to the forest. 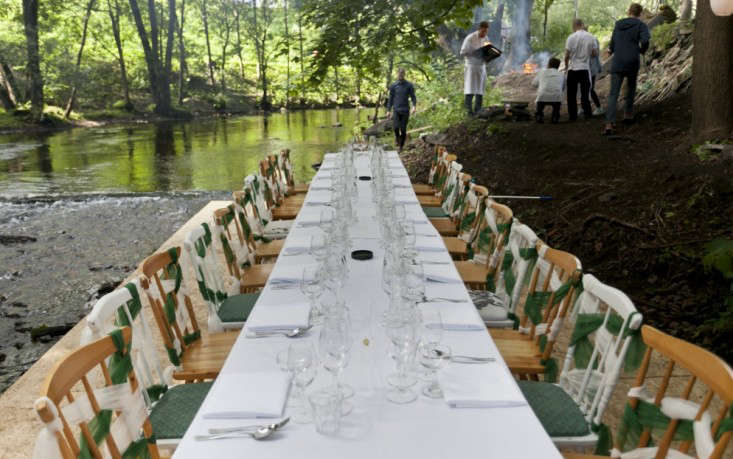 Above: Printed menus and formal place settings greeted the diners. 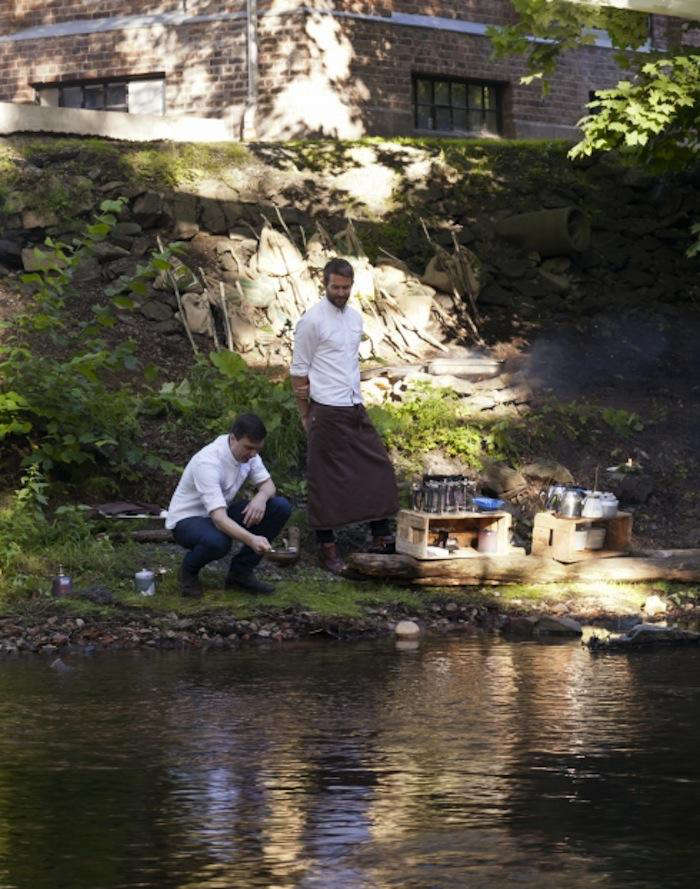 Above: Wine stayed chilled in the river. 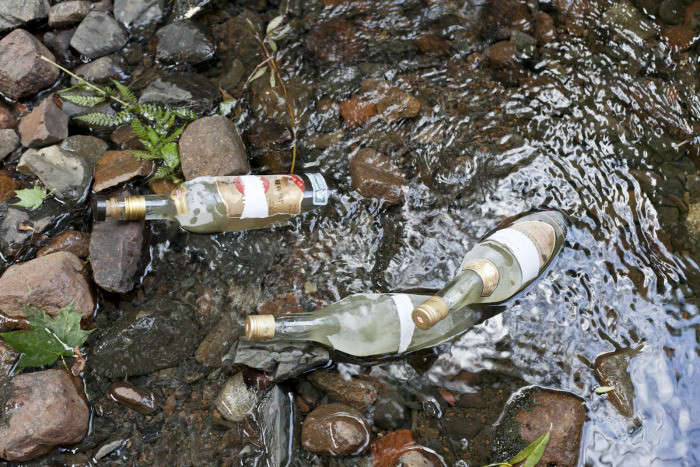 Above: Each course was paired with a different wine or beer. Photograph via Luma. 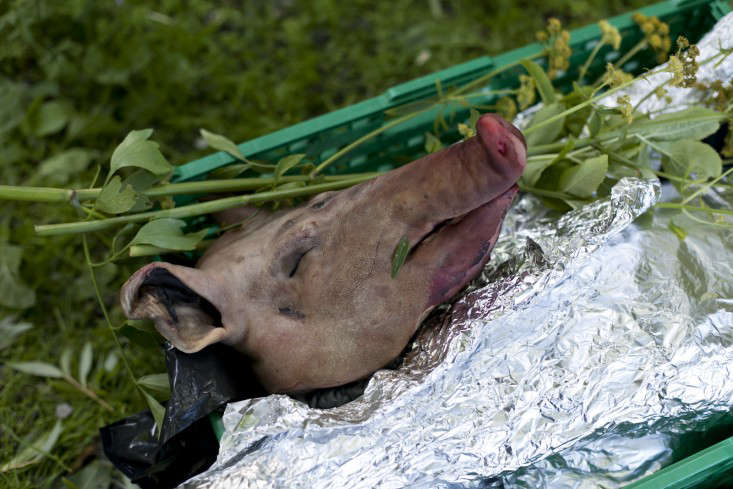 Above: A 200-pound wild boar was buried in a roasting pit with hot stones. Photograph via Luma. 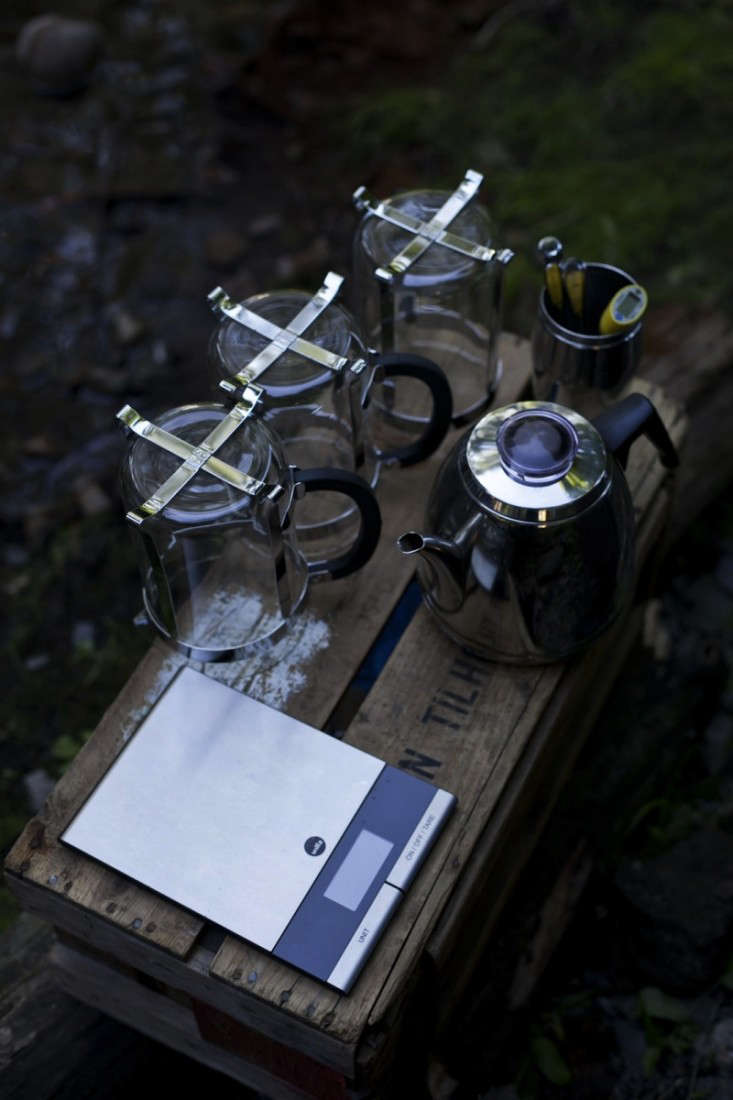 Above: The meal ended with Kenyan coffee from the Kapsokisio Cooperative, lightly roasted by Tim Wendelboe.

For more open air entertaining by Food Studio, see Into the Field: A Dinner in an Oslo Greenhouse on Gardenista.

A New Design Voice from Oslo