Furniture designer Ariele Alasko moved to Brooklyn seven years ago to study sculpture, but shortly after graduation she found herself more interested in the interior spaces that would house her sculptures than in the sculptures themselves. An inveterate DIYer with a strong eye for design, she had already removed the tile from her kitchen, put new wallpaper in the apartment, and removed the carpeting from the stairway.

Giving in to the urge to build objects people could use in their everyday lives, she started building smaller pieces of furniture out of reclaimed wood, all in a 100-square-foot studio area right in the middle of her apartment. As Alasko’s business grew and the commissions began mounting, she realized she would need a much bigger space to work in. After months of hunting she found the perfect space; an open, loft-like studio in Brooklyn. She and a friend spent over three weeks building dividing walls, sheet-rocking the entire studio, and installing doors to create their separate spaces. 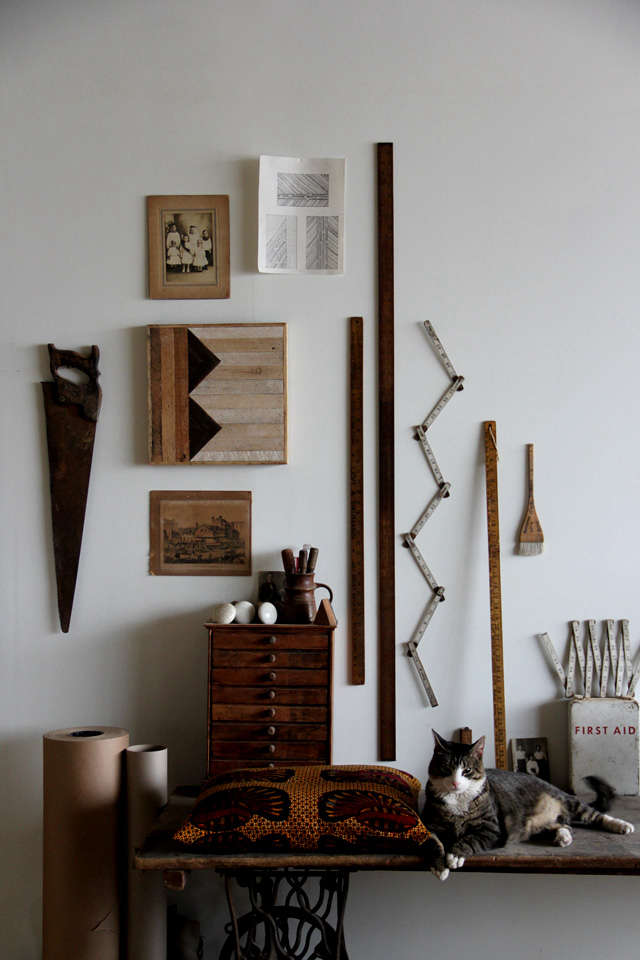 Above: Alasko's work desk, pet friend included. The move to a new studio has allowed Alasko to expand her business; not only in volume but also in the size of the pieces she creates. 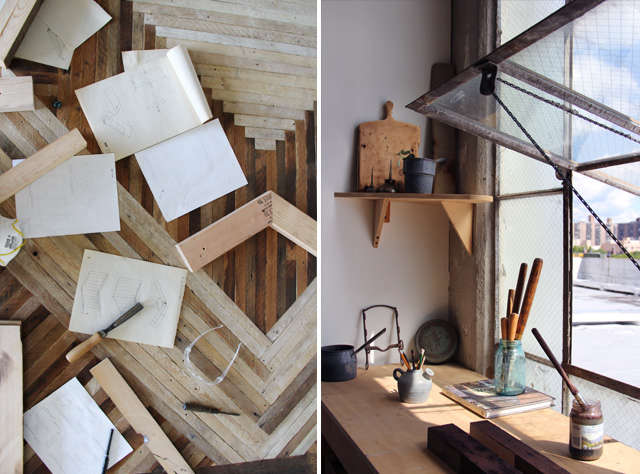 Above: Patternmaking in progress (L) and a wooden desk built into the corner of Alasko's studio (R). 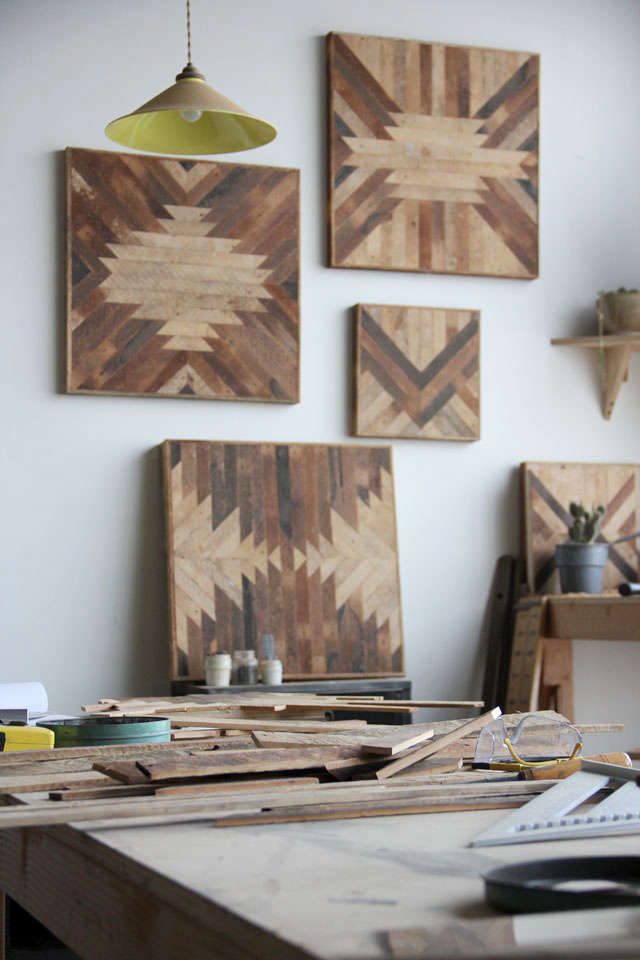 Above: Custom build wall hangings behind a reclaimed yellow pendant lamp in the studio. 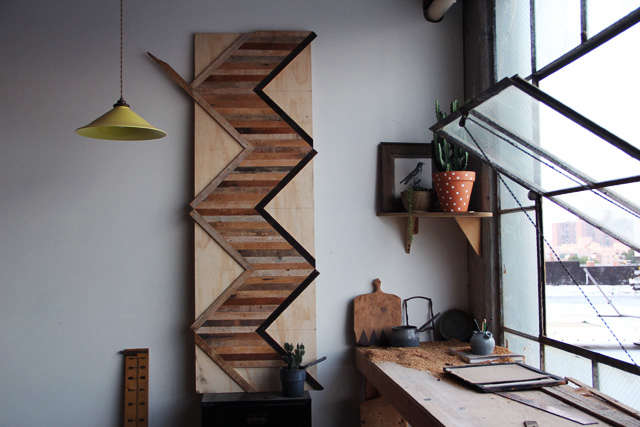 Above: A rectangular-shaped tabletop in progress leans against the wall. 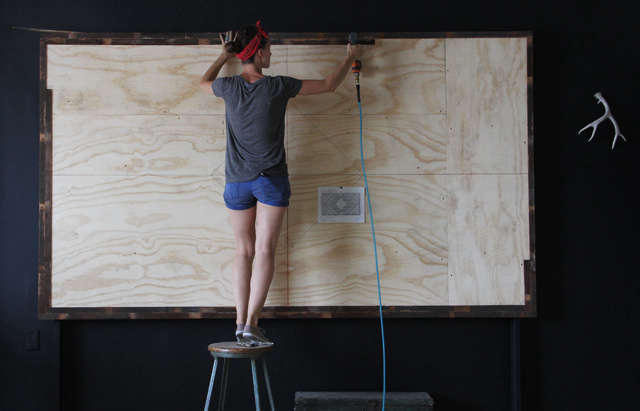 Above: Ariele in the early stages of building the ten by six foot custom table, before installing the wooden pattern. 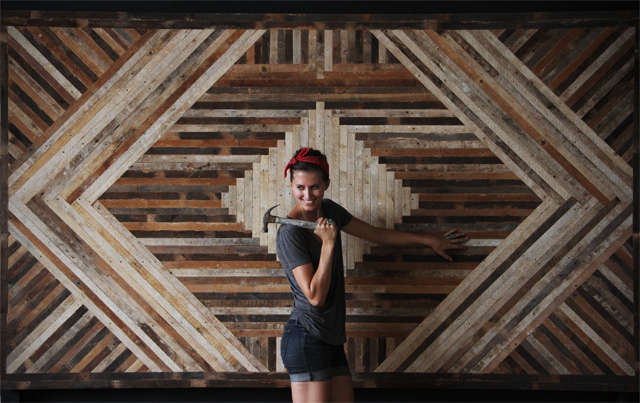 Above: Having moved into her new studio, Alasko recently completed her largest project to date: a custom-built, ten by six foot long table that just barely fit into the building’s elevator.

An Urban Cabin Made in Brooklyn